According to the local oral tradition and archaeological research, the groups that merged to the present day Awetí probably arrived in the XVIIth or XVIIIth century in the region of the headwaters of the Xingú river, today called “Upper Xingú”. There they found a complex society of different tribes – the earliest seem to have been the antecessors of the modern Arawak-speaking peoples Waurá and Mehinaku, which established the basic cultural pattern of economic and symbolic interchange between otherwise autonomous local villages in the region. Later other groups jointed the system and by and by adhered to the main features of the common culture: first the Karib-speaking antecessors of the today Kuikuro, Kalapalo, Matipú and Nahukwá (from the XVth to the XVIIth centuries, then the groups that later formed the Awetí and the Yawalapiti (speaking a different Arawakan language) and the Kamayurá (originally speaking different dialects of Tupí-Guaranian languages). The last to arrive and take over cultural features of this cultural area were the Trumai (speaking an insolated language); they still were in the middle of the acculturating process by the time of the first German expeditions to the region. 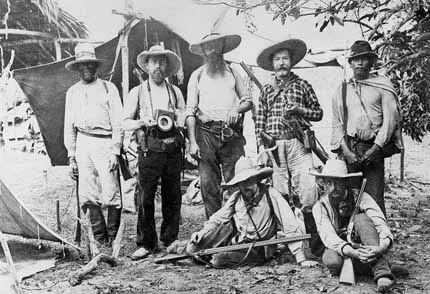 Members of the second Xingú expedition 1887

From the first contacts at the end of the XIXth century on until the middle ofg the XXth century, there were only few occasions of contact between the Xinguan Indians (‘Xinguanos’) and the outer society: some expeditions (several of these by German anthropologists) and some visits of Xinguanos to white settlements, possibly intermediated by the Bakairí. But this was sufficient to introduce epidemic waves of diseases that reduced the Xinguan peoples down to 5–15% of their former populations. This holds as well for the Awetí who counted only 23 souls according to an official counting in the early 1950ies. It is impressive that the Awetí, given these hostile circumstances, managed to maintain their unity and language. Other groups such as the Kustenau merged with neighbouring groups and subsequently became extinct as a political unit, or they were so drastically reduced in number that they did not manage to maintain their languages as dominant means of communication in their own villages, as is the case of the Yawalapiti and Trumai.

In the 1960ies, the Xingú Reservation was created and regular medical service installed. Since then, the Xinguanos are recovering in number. Nevertheless, their culture and language is threatened by the steadily growing contact with the Brazilian society. Especially the younger are very impressed and attracted by the white men’s industrial goods, especially in particular by technology. It is also significant that several Xinguan villages split up, usually due to conflicts between factions, possibly about different attitudes with respect to the outer society. There is also a second Awetí village built after 2000 by an extended family and their allies. Thus the population of the main village has been reduced from some 125 to 90. It is uncertain that whether Awetí will be the dominant language in the dissident new village where several members, especially children, speak Kamayurá better than Awetí, while there are no true monolingual speakers of Awetí. 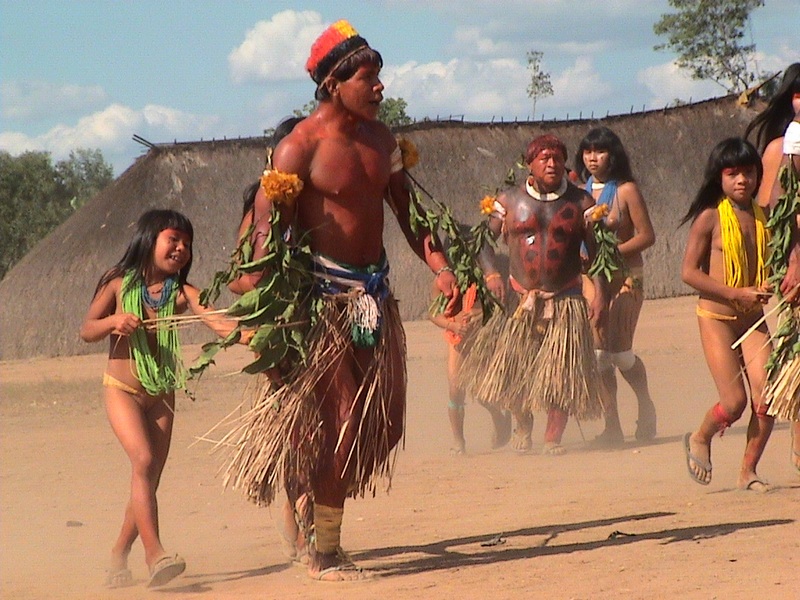 On the other side, much of the traditional culture is unbowed still in use despite the last demographic catastrophe 120 to 50 years ago and despite the recent increasing contact. The Awetí are proud of being part of the Xinguan system and always emphasize the common cultural traits. Their village (like virtually all Xinguan villages) consists of large houses built around a large central plaza. The center of the plaza is the public place per se, here the many rituals will be carried out, here is the funeral place and here the Awetí, especially the men, gather for any purpose. UsuallyTraditionally, there is a ‘men’s hut’ in the centrer, possibly in some Xinguan villages containing ritual fluites even the sight of which are is strictly forbidden to women. 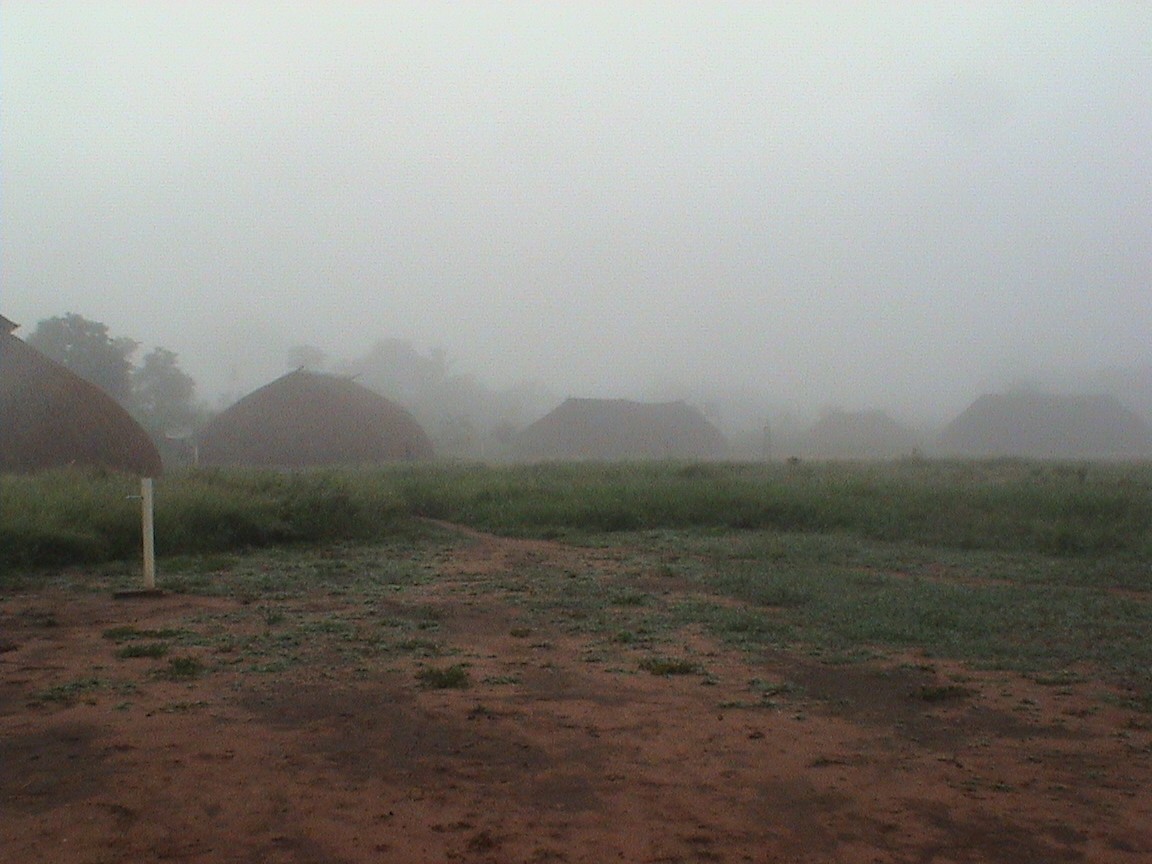 Part of the circle of houses around the central plaza, with early fog during the rainy season 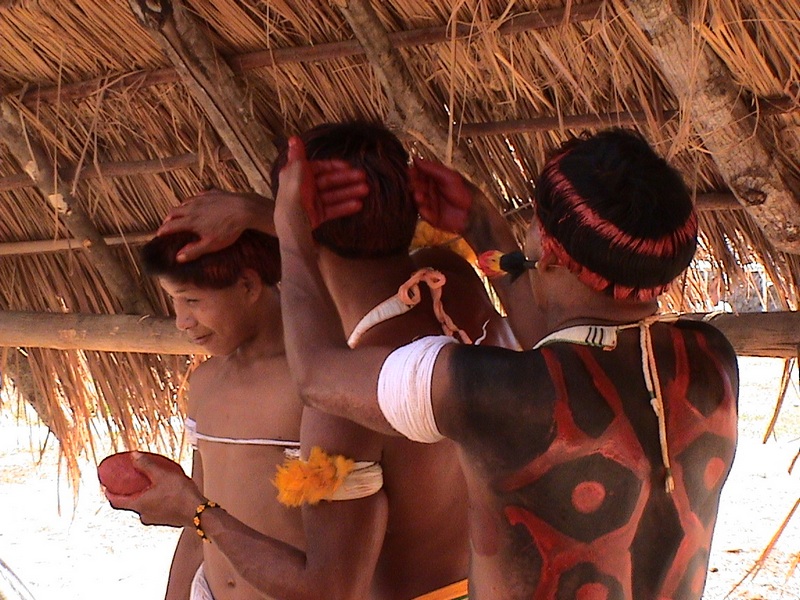 The Awetí are lead and represented by one or few chiefs with different roles and responsabilities. Chiefs and their relatives are different in status from the “common” people that do not have a “noble” ancestry. Via the chiefs and other leaders the Awetí interact and interchange with the other Upper Xinguan groups, especially at the occasion of intertribal rituals and festivities. which These at the same time serve to confirm the leadership of the legitimate chiefs (recognized by the other chiefs) as is especially the case of the famous Kwarup ritual held for the dead of “noble” lineages. 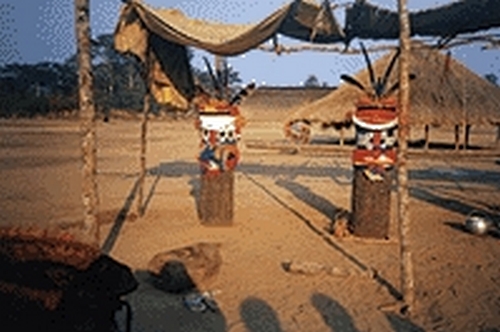 The intertribal festivals are also a welcome opportunity for sportive competitions such as the Huka-Huka-wrestling contest, for searching a possible husband or wifve, and to exchange goods. Traditionally, the different peoples of the Upper Xingú have as a major distinctive feature (besides apart from their languages) certain products which only some of the groups fabricate. The Awetí are specialists in producing vegetal salt and products derived from the Burití palm trees, such as hammocks. 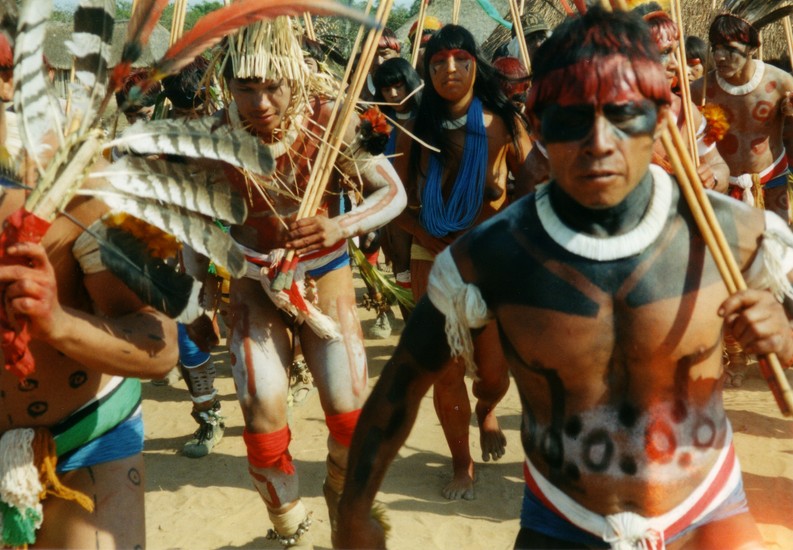 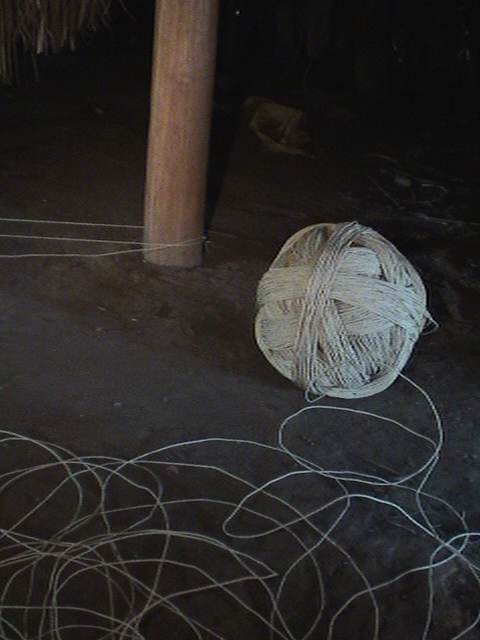 Twine for hammock production made of Buriti leaf fibres