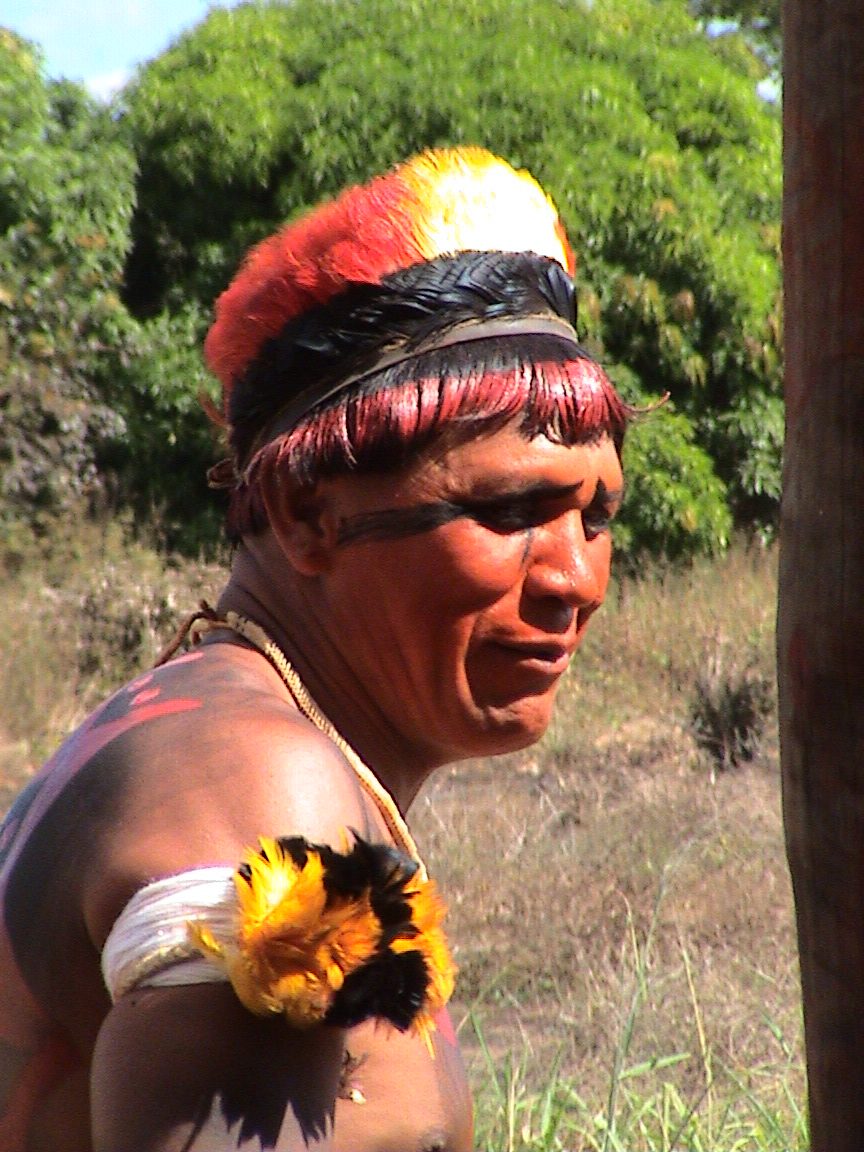 Awetí is the mother tongue of about 140 speakers living in two villages in the Xingú Indigenous Park, Mato Grosso, Brazil. They belong to the Upper Xingú region which is famous for its multi-lingual setting: ten peoples speak 6 different languages belonging to 4 unrelated linguistic families (Arawak, Karib, Tupí, and a linguistic isolate, Trumai). Nevertheless, the groups of the region share many aspects of their culture, including material culture, rituals, myths and other traditions. Two of the neighbouring languages, Kuikuro (Karib) and Trumai, are also being documented by DOBES projects.

The Awetí language belongs to the large family of Tupian languages, as has been recognized since the first pacific contacts at the end of the 19th century. It does not have any immediate relatives, so it represents a linguistic sub-family on its own, belonging to a branch together with the well-known Tupí-Guaraní sub-family and the Sateré-Mawé language.

During the period reaching from the time of the first contact with the non-Indian world until the middle of the twentieth century, the Awetí were greatly reduced in number, down to 24 persons according to an official 1954 census. Partly due to their reduced number, in the second half of the 20th century the Awetí had a rather marginal position in the multiethnic cultural area of the Upper Xingú.

Although the creation of the Xingú Indigenous Park and improved medical conditions allowed the Awetí population to recover to some degree, their indigenous culture is now endangered as a result of increased contact with the dominant part of the Brazilian society. As yet, Portuguese is spoken only by some of them, mostly by men, but a school in the village teaches Portuguese to the young. 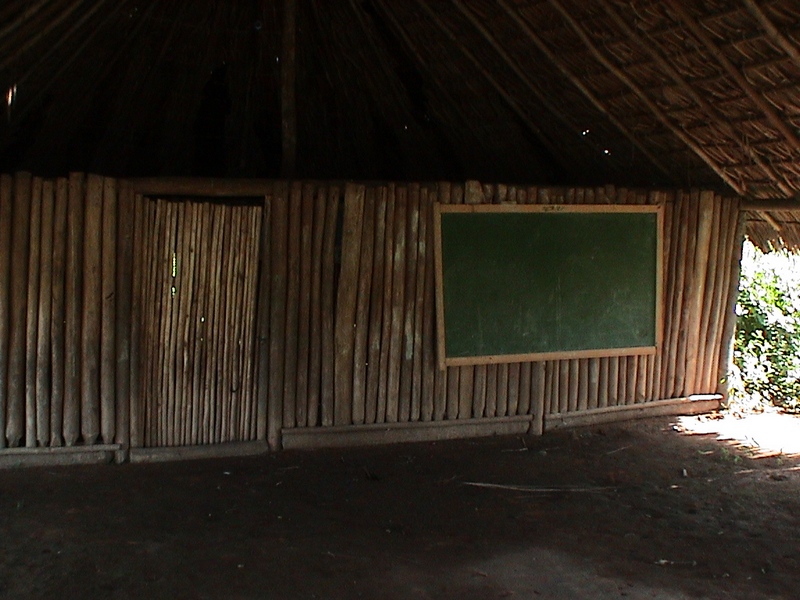 The school in the Awetí village 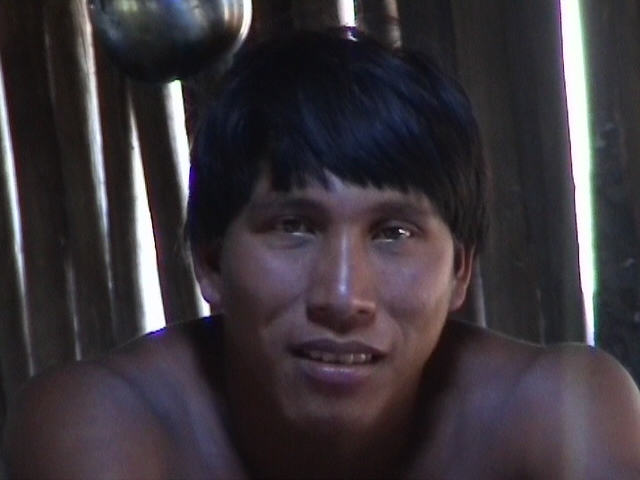 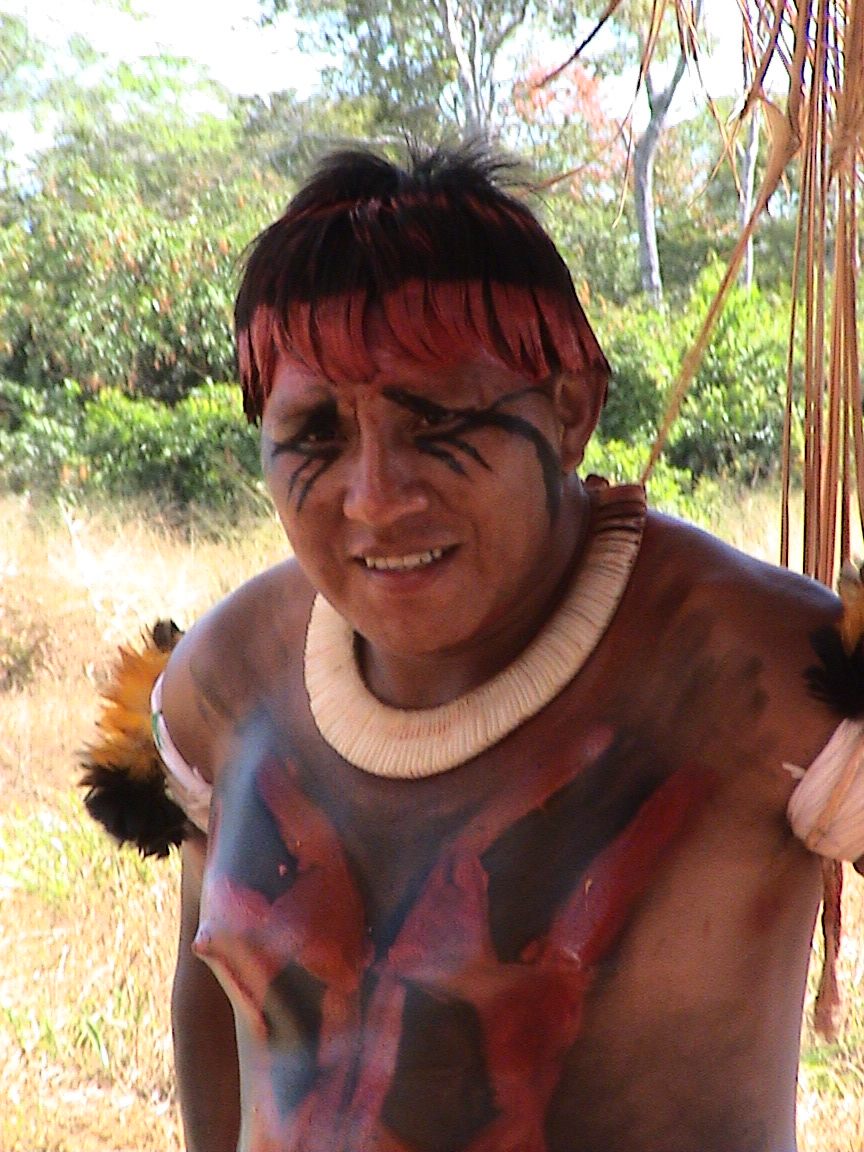 An interesting feature of Awetí is its division into two major varieties which constitute genderlects. Men and women use different demonstrative and personal pronouns and derived particles and pronominal clitics. For instance, atit means ‘I’ in the male variety while the women say ito. The general third person singular pronoun is nã in the male genderlect and ĩ in the female. Thus almost every Awetí utterance contains some indication of the sex of the speaker.