The recordings made in this project focus on spontaneous communicative events covering a broad range of interactional domains. These include everyday conversation, ritual speech, procedural texts on major activities, oral history, as well as interactions with speakers from neighboring speech communities. A second focus is on the documentation of the verbal arts still mastered by some older speakers

Winarno interviewing a coconut farmer on his work.

Indonesian linguists during one of the capacity building workshops. 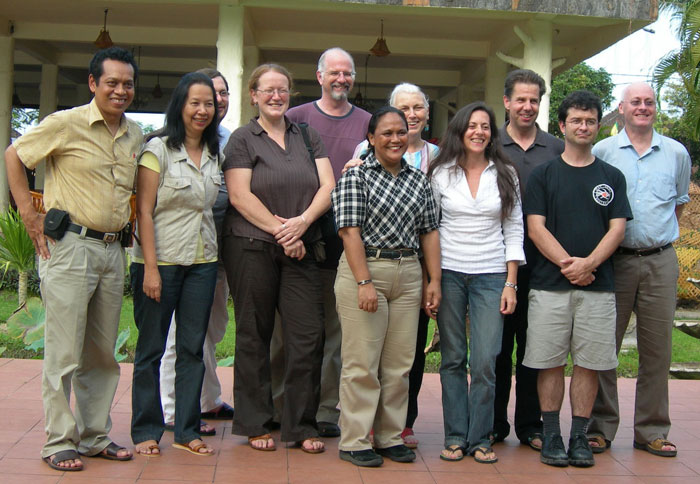 Tutors of the 2007 Capacity Building Workshop held in Ubud, Bali.