Movima is a genetically unclassified language spoken in the Moxos region in the savannahs of the Bolivian Amazon area. It is still spoken by more than 1,000 people. Most speakers are over 50 years old and bilingual in Spanish. In remote areas there are still a few children who learn the language; elsewhere, the children are raised in Spanish only. Today, efforts are being made to implement the language at schools.
Movima used to be surrounded by different other unclassified languages, as well as by languages that belong to larger families. Many of them are now moribund or extinct. 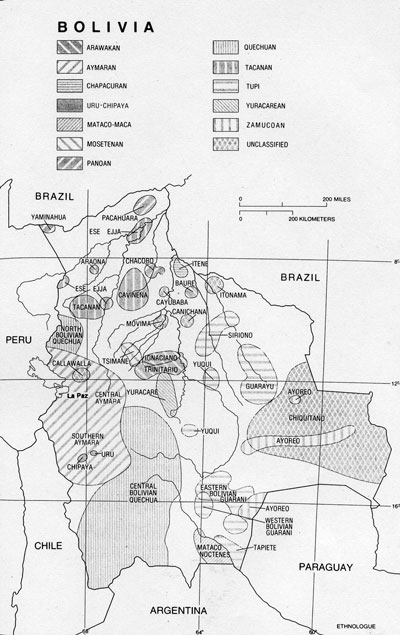