Bubia and Isubu are both spoken in the South West Province of Cameroon, precisely in the Fako Division. While Bubia is located in Limbe subdivision, Isubu is spoken in the Tiko subdivision, around Bimbia estuary east of Limbe and west of Douala. Neighbouring languages, which are not endangered and much better explored linguistically, are Mokpe and Duala. 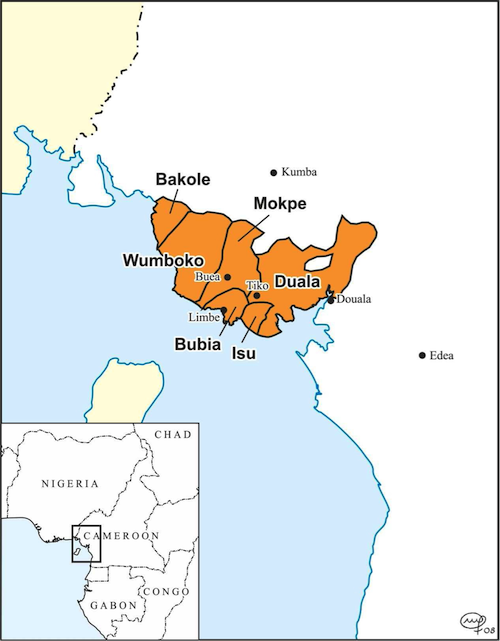 This part of Cameroon has tropical climate with a long dry season from November to February, a small rainy season from March to June followed by heavy rains in August and September. However, heavy rains are also noted in November some years. Vegetation is also made up of vast fields of land with some used for plantation agriculture. However, as farming activities increase, more and more forest is cut down. So the area is dominated by palm and banana plantations, some fields of farm land, streams, rivers and creeks and borders the coast of the Atlantic Ocean. 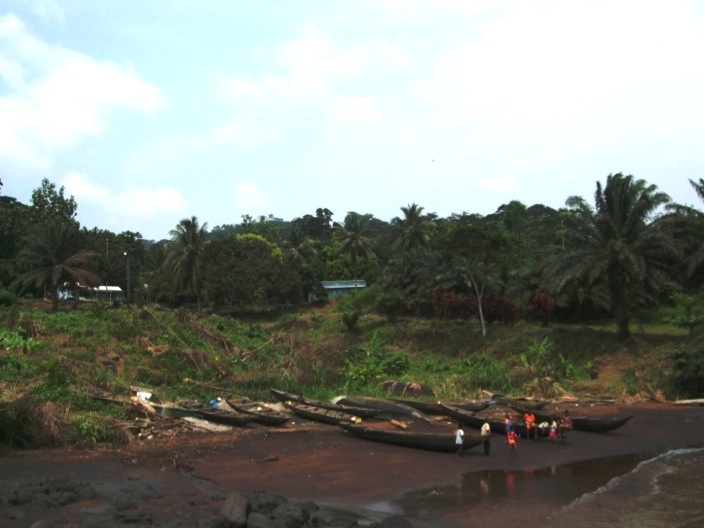 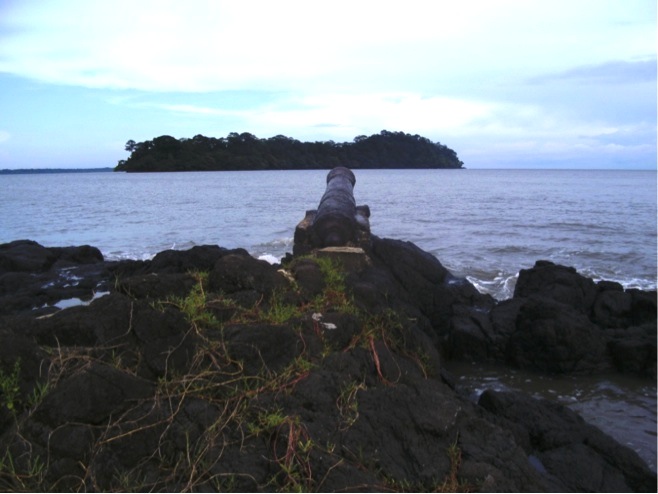 View from the shore seawards with Nicol Island and an old German canon (photo by Gratien G. Atindogbé, October 2010)