Maarten’s research centers around topics in language and identity and descriptive linguistics with a focus on Cushitic and Bantu languages. He has published on a wide range of Bantu languages: Tunen and Nyokon in Cameroon, and Mbugu, Pare, and Mbugwe in Tanzania. He has also done substantial work on the mixed language Ma’a/Mbugu and African urban youth languages. His interest in Cushitic languages is both historical and typological and he has investigated (aspects of) grammar, lexicon and verbal arts of Iraqw ( Tanzania), Alagwa (Tanzania), Konso (Ethiopia) and Somali. 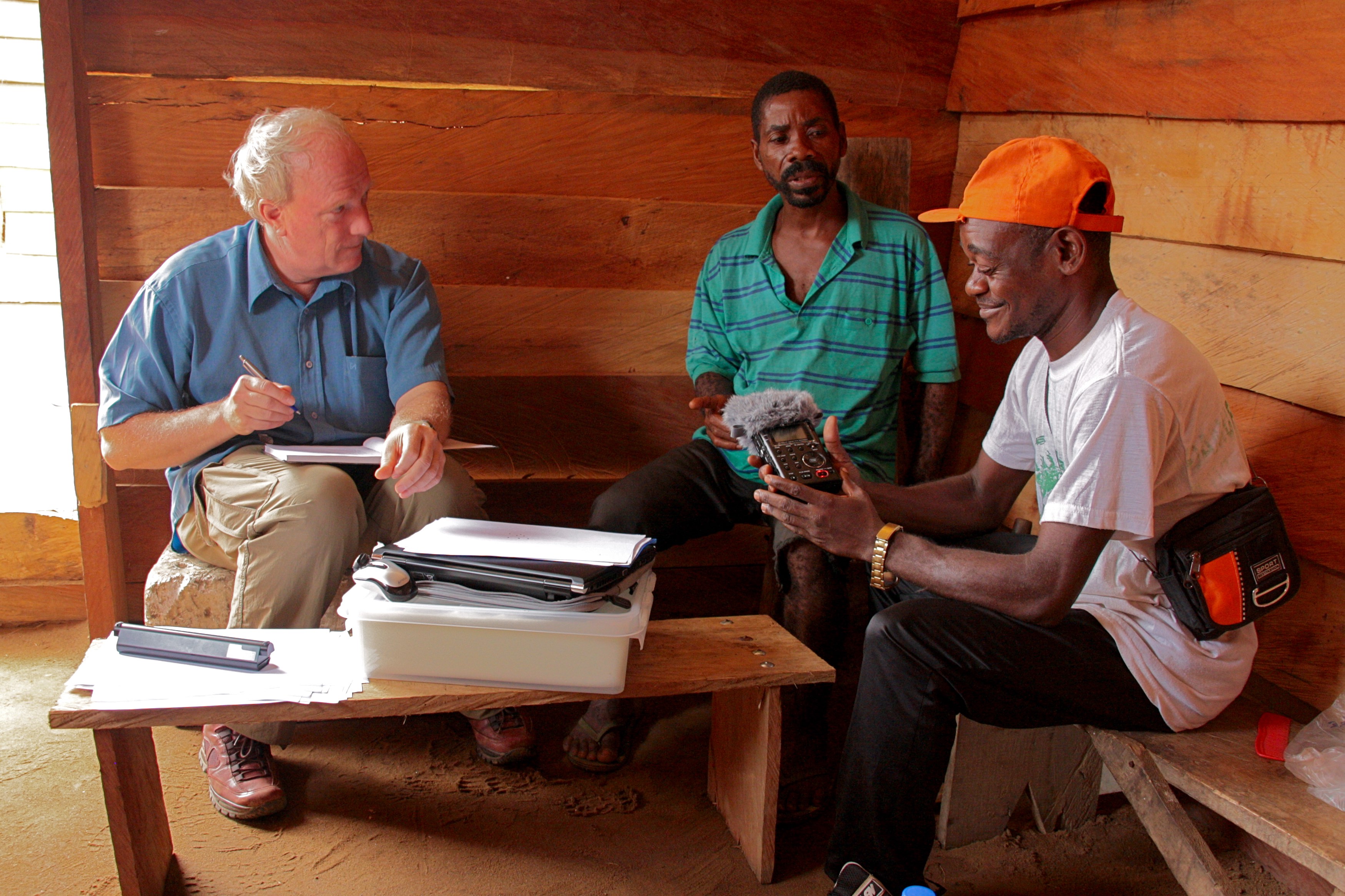 Daniel Duke is a PhD candidate at the University of Leiden. He has a long working experience in sociolinguistic survey, language description, and orthography design, during which he has worked with various forest communities in Central Africa. He did research and language learning among the Bayaka forest foragers of Central African republic, resulting in his M.A. thesis Aka as a Contact Language (2001). He later worked with the Baka forest foragers of Eastern Cameroon, producing L’Écriture et orthographe en langue Baka (2003). Since 2004, he has been living in Lolodorf, Cameroon, learning Kwasio and aiding local efforts towards language development. One of his most recent works was “A history of writing in Kwasio” presented at the WALS conference in Benin 2006. His doctoral research involves a study of the Kwasio language and its relationship to the Bakola language. He will use the data gathered in the documentation for an analysis of Kwasio-Bakola contact phenomena as part of this PhD thesis.  He has recently contributed a chapter about the Bakola in the UNICEF study of Forest Foragers in the Congo Basin directed by Pascal Paulin (http://www.ddl.ish-lyon.cnrs.fr/annuaires/Index.asp?Action=Edit&Langue=F&Page=Pascale%20PAULIN).  Has has also collaborated with Roger Blench in the elicitation of specific nature vocabulary in many languages in the Coastal area of Cameroon, including animal and tree names among the Bakola (http://www.rogerblench.info/Language/Niger-Congo/Bantu/A80/Bagielli/Bagielli%20page.htm). 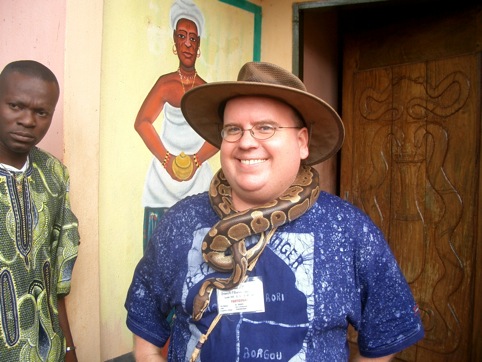 Nadine Grimm is an assistant professor at the Linguistics Department at the University of Rochester. She received her PhD in 2015 from Humboldt Universität zu Berlin with her dissertation A grammar of Gyeli, for which she received the Pānini Award of the Association for Linguistic Typology in 2019. Nadine’s research contributes to the investigation and preservation of linguistic diversity by documenting and describing under-studied and endangered languages with a geographical focus on Africa, particularly Bantu languages. Based on empirical primary data that stems from fieldwork in the language community, she pays special attention to the interface between sound, meaning, and syntactic structure. On a theoretical level, her research is couched within a documentary, descriptive, and typological framework. 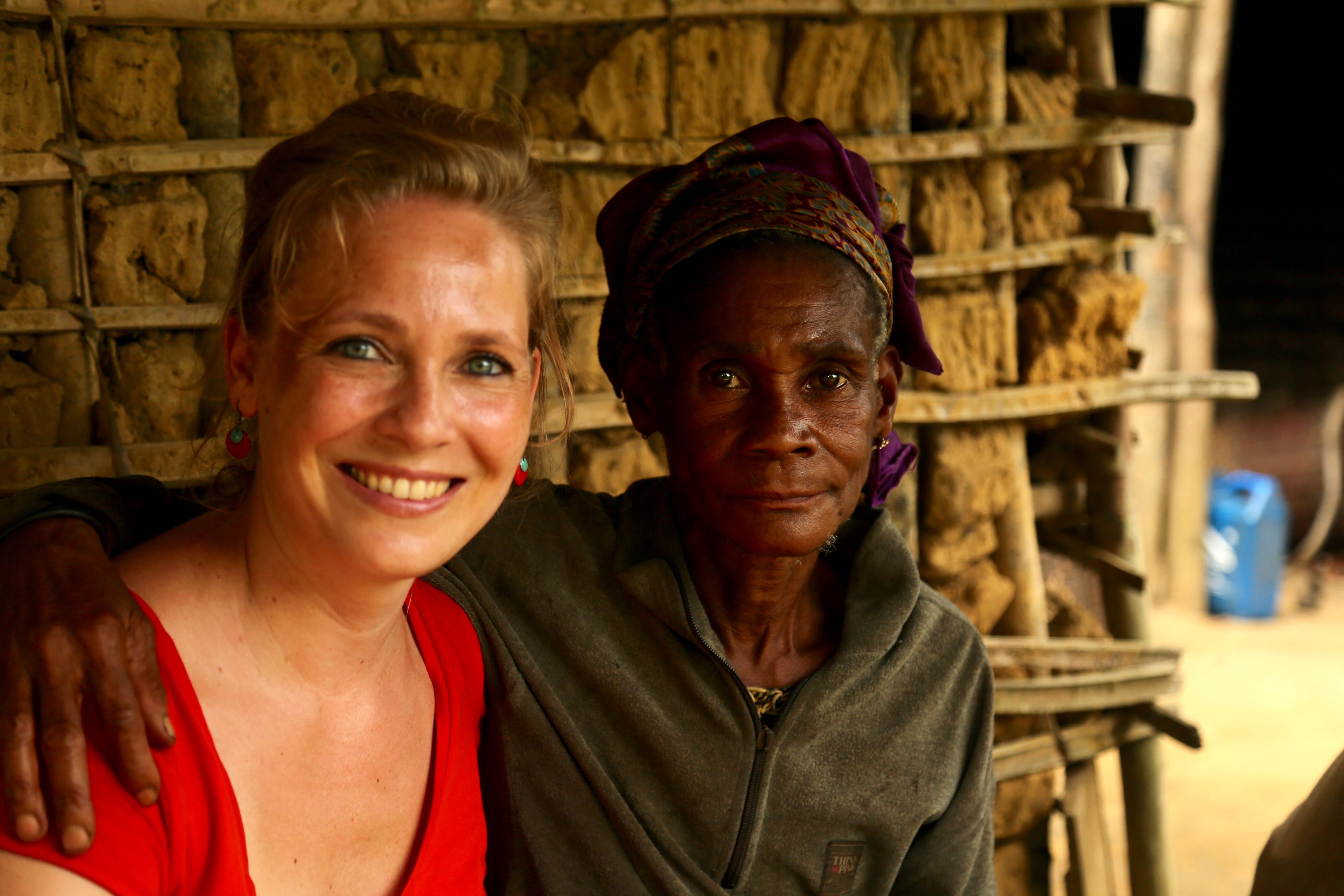 Nadine with Nandtoungou Marie in Ngolo

Emmanuel Ngue Um is a PhD candidate at the University of Provence (Aix-Marseille I) and has done extensive research on Kwasio and Bakola, including a Maîtrise thesis on Kwasio verbal morphology (2002) and a D.E.A. thesis on the Kwasio noun system (2006). He is a Bassa speaker from Eseka, which borders some Bakola communities. He has done three years of field work and language learning among the Kwasio, and also has made three field trips to the Bakola communities, which allowed him to collect a wordlist of 1,700 words and to write an unpublished grammar sketch of Bakola. His research interests are wide-ranging, including language description, intonation, and emerging speech forms.  His current PhD research is on new French idioms as spoken in Cameroon. 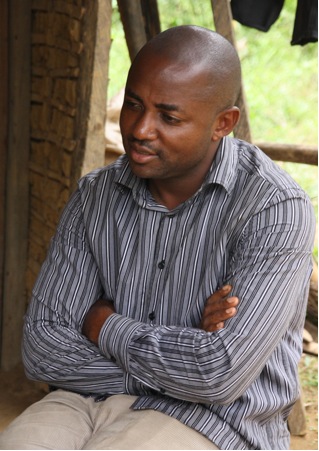 Christopher received his degree in image composition and cinematography at the Film Academy Baden-Württemberg. His camera work in the Bagyeli/Bakola documentation project served as his major project for his degree. He assured high-quality video and sound recordings in very difficult recording circumstances in the rainforest, with ever changing light conditions, high mobility of participants, and involvement of many people at a time, resulting in many moving targets. He also edited the raw material into smaller portions, paying attention to showing details that might be relevant to, for instance, anthropologists or ethnobotanists. 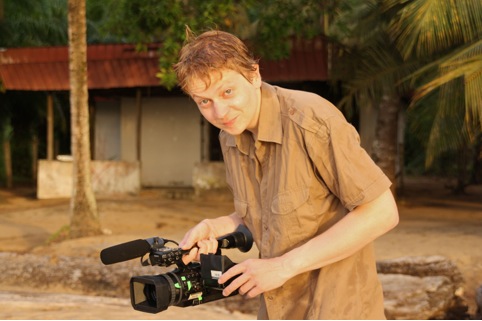