Grimm also added more data to the collection during a 2017 field trip as part of her work within the NSF (BCS-1535846) funded “Causality across Languages” project (PI Jürgen Bohnemeyer; https://causalityacrosslanguages.wordpress.com/). Gyeli data for the causality project are deposited in the Endangered Languages Archive at SOAS in the collection “Causality across languages (CAL): Gyeli”. 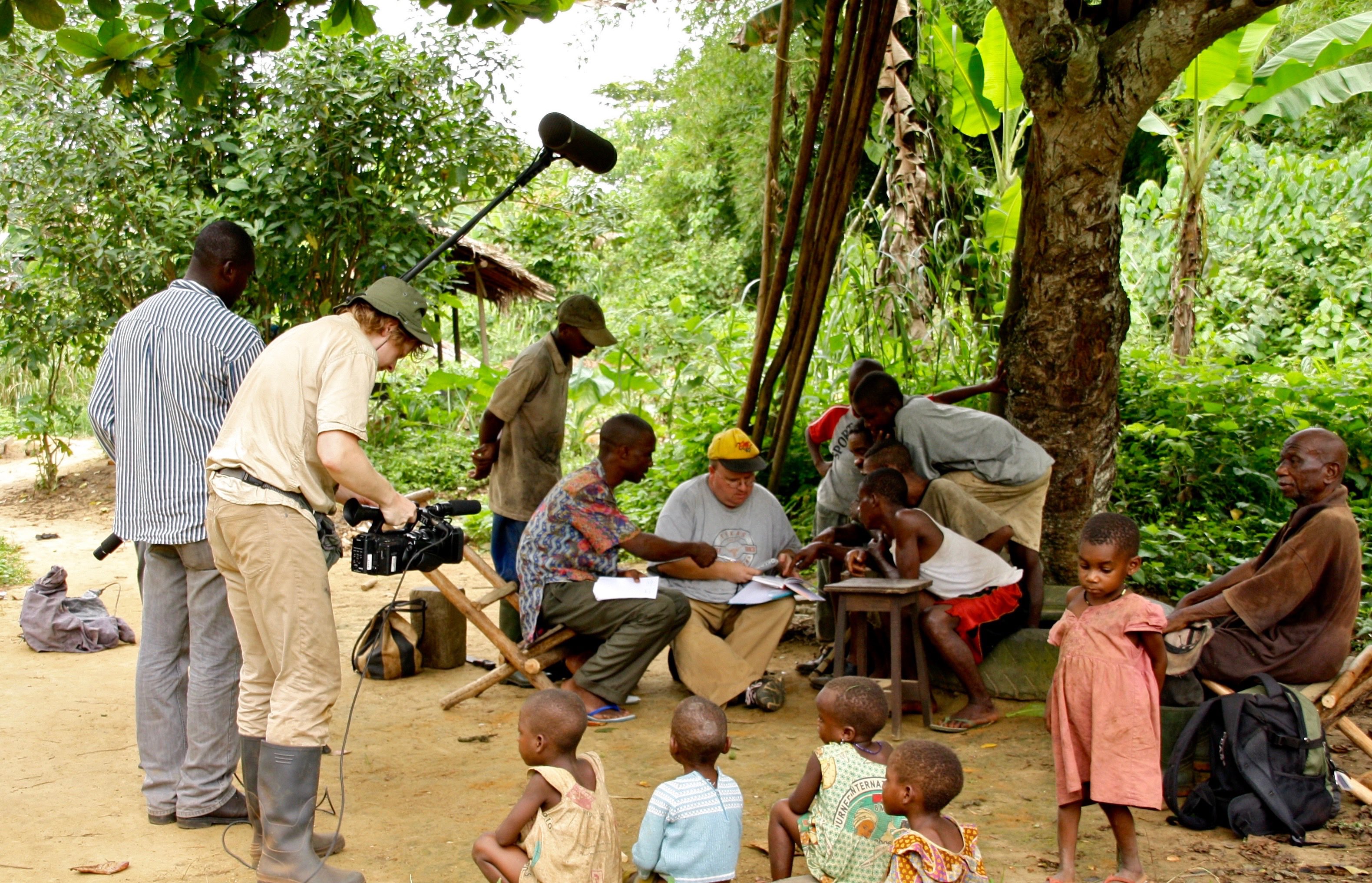 The Gyeli/Kola corpus in The Language Archive has been compiled by Maarten Mous (PI, Leiden University), Emmanuel Ngue Um (postdoctoral researcher at the time), Nadine Grimm (née Borchardt, PhD student at the time of the project), Daniel Duke (PhD student at the time), and Christopher Lorenz (student of image composition and cinematography at the time). While Duke and Ngue Um resided in Cameroon year-round and conducted several short trips to the Bagyeli/Bakola somewhat regularly, Grimm undertook one or two longer field trips each year; Lorenz joined the team to help with video recordings for 2-4 weeks at a time in 2010 through 2012, as well as in 2017. Prof. Mous joined the team in the field once in 2012, working on a special project on approximate and exact numbers used by the Bagyeli in comparison to their farming Bantu neighbors. 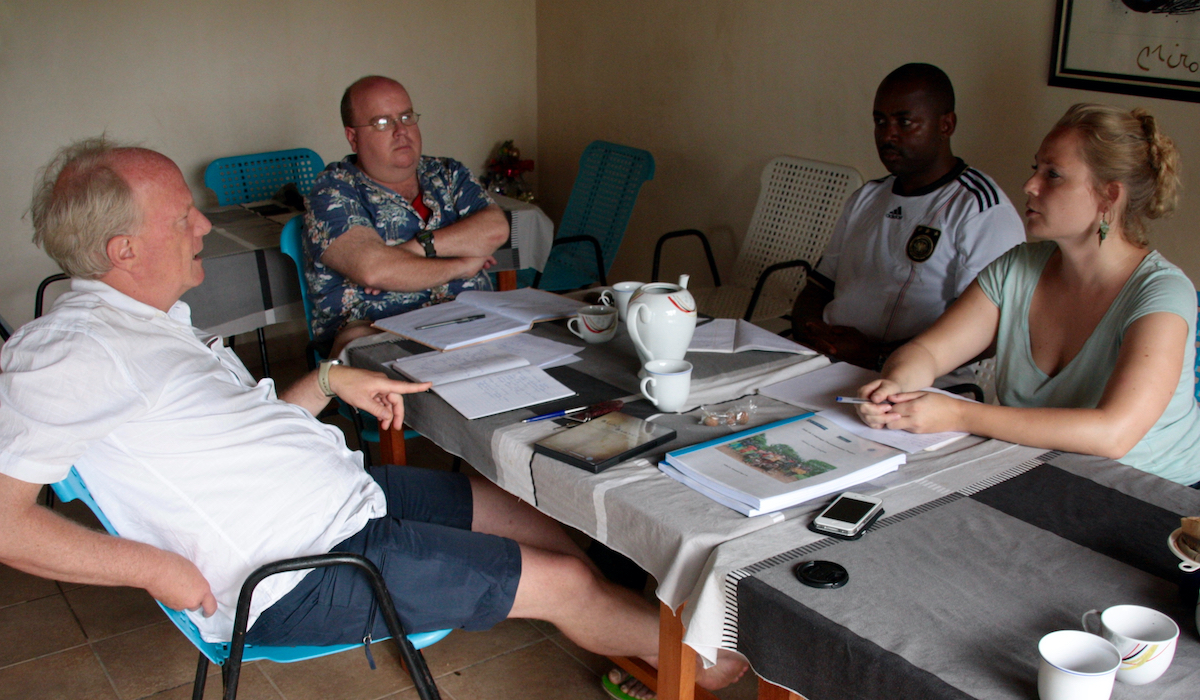 The documentary collection focuses on the endangered forest forager lifestyle of the Bagyeli/Bakola and activities related to their everyday life. It includes a wide range of text genres, such as natural discourse and conversations, interviews, procedural texts (usually including an observational part), folktales, ceremonial songs and dances, as well as stimulus-based experimental data and grammatical elicitations. Naturalistic and semi-naturalistic texts are almost entirely available as video and audio recordings, while the majority of elicitations has been done as audio only; experimental data is mixed. The topics of naturalistic and semi-naturalistic data encompass activities i) in the rainforest, such as hunting, building traps and huts, collecting honey, and describing plants, and ii) in the village, for instance preparing hunted animals, making musical instruments and ceremonial outfits, telling stories, brushing teeth and cleaning the dishes, night recordings of dance and healing ceremonies, or weaving baskets. The recordings also reflect upon the relationship between the Bagyeli/Bakola and the documentation team, capturing their interactions, for example, during greetings, price negotiations, joint walks in the rain forest, and leisure time. In addition to the documentary corpus, other outcomes of the project include academic papers and presentations as well as documentary films that were publicly shown in a movie theater in Gütersloh, Germany.

Grimm, Nadine. Under review at Language Science Press. A grammar of Gyeli. (recipient of the Panini Award 2019 of the Association for Linguistic Typology).

Tone in the grammar of Gyeli. Plenary talk, 13the Conference of the Association of Linguistic Typology, Pavia, Italy, September 2019

The interaction of negation and tense-aspect-mood in Gyeli. 8th Conference on the Syntax of the World’s Languages, Paris, France, September 2018

Variability in color naming in some Bantu A languages. 43rd Annual Conference on African Linguistics (ACAL), New Orleans, May 2012

Documenting the language of “Pygmy” hunter-gatherers: the case of the Bagyeli in Cameroon. Fieldwork Group, Department of Linguistics, Stanford University, February 2012

with Daniel Duke. When the ‘wrong’ language is being documented:  language documentation and language shift among the Bakola. The Seventh World Congress of African Linguistics (WOCAL 7). Buea, Cameroon: University of Buea. August, 2012.

Episode 1: Bibira und die Küstenregion [Bibira and the coastal region]. 55Min in English and in German.