Goals and mission of BOREPAB

Members of all Baïnounk communities participate in the Bureau d’Organisation, de Recherche, et d’Etude du Patrimoine Baïnounk (BOREPAB). This organisation has the mission:

History and activities of BOREPAB

In 1981, Augustin Coly founded the Bureau d’Organisation, de Recherche, et d’Etude du Patrimoine Baïnounk (BOREPAB).  What motivated him to create a platform uniting members of all Baïnounk groups who actively want to promote and maintain Baïnounk cultural and linguistic identities was the exclusion of Baïnounk from the first official carnival procession in Ziguinchor in 1979. In 1980, a first study day with the topic “The Baïnounk Empire” took place at the Centre Régional Culturel Africain and at this occasion, the call was launched to Baïnounk communities to participate in the carnival, which they did with great success in the following year, thus raising the visibility of Baïnounk culture.  After the carnival, BOREPAB members wanted to focus on research rather than limiting themselves to folkloristic aspects of Baïnounk history, and a second study day, this time with the theme “Réflexions sur l’empire baïnouck  pour des recherches approfondies de sa civilisation” was organised.  Since then, BOREPAB has been leading in achieving the official recognition of Baïnounk (with the three main varieties Gubëeher, Gujaher and Guñaamolo) as national languages of Senegal in 2005. Since then, the Baïnounk languages have been equipped with an official orthography using the same inventory of letters as the official alphabet of Senegal.

DoBeS 3P collaborates closely with the BOREPAB and other representatives of Baïnounk communities, and BOREPAB now has an official DoBeS 3P liaison officer, Ansou Diendiame from Ziguinchor.

Baïnounk languages in the media

Baïnounk communities and way of life

In rural Baïnounk communities, the year is punctuated by agricultural activities – the clearing of fields in the dry season, followed by a period of leisure, the planting of rice in the rainy season (July-October), and finally the harvest. Important social events are funerals, seasonal festivals related to agriculture (harvest, change of season), religious ceremonies, masked dances (Kumpo and Kesengo), and all activities related to the elaborate initiation rites.

In the Diasporas, mainly in Ziguinchor and Dakar, most Baïnounk have modern salaried professions.

In terms of religion, many Baïnounk have embraced Catholicism or Islam, both recent newcomers in the area, while others follow “the path of the forebears”. Niamone and Agnack Petit are nowadays almost exclusively Muslim. In Agnack Grand and Djibonker, Catholicism prevails. In all communities, sacred groves and shrines are served to varying extent to this day and a fair amount of syncretism seems to be the norm. 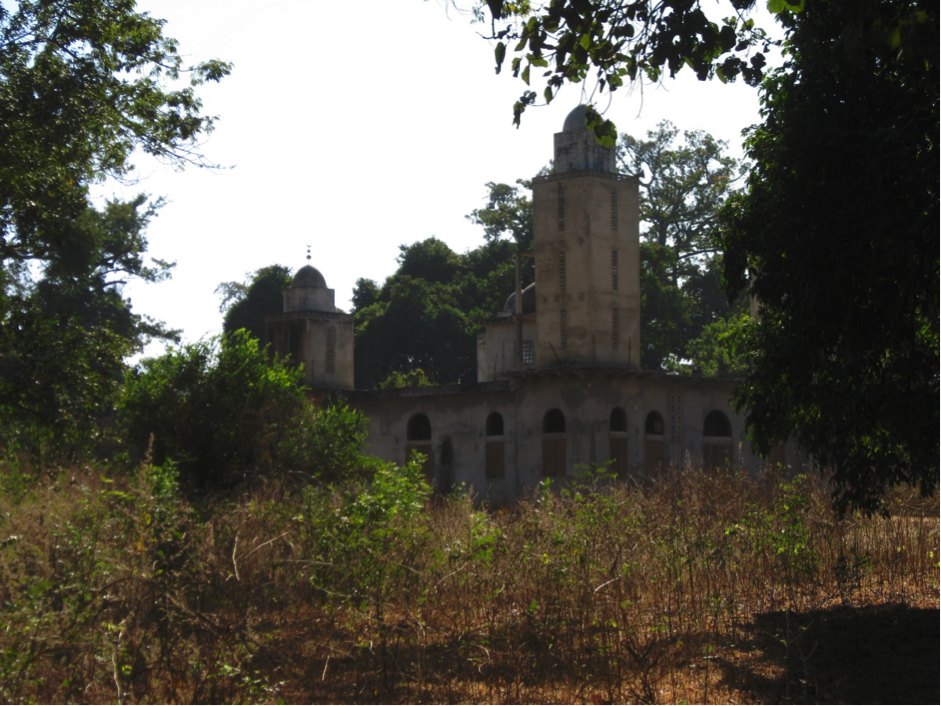 Origin and history of settlement of Djibonker

There are several versions for the history of Baïnounk Gubëeher. The traditions collected so far do not agree on their origin and on the identity of the clan that first established residence in the zone of Djibonker. Some sources state that all Baïnounk have come from the east, more precisely from Kaabu (a territory they controlled before the Mandinka turned it into a kingdom from the 16yh century onwards). Other sources maintain that they have come from Jegui in Guinea Bissau. During leur migrations, some of the Baïnounk Gubëeher settled in Lower Casamance, others in Middle Casamance. This is how the Gubëeher settled in Djibonker, according to these sources.

As to the population history of Djibonker, two clans are cited: the Coly clan, for which little data exist for the moment, and the Sagna clan, which would have been the first to install themselves in the village.  Two versions are given with respect to the settling of the Sagna clan: according to the first version, it seems that the founder of the village lived in Jibëexer (a ward of Djibonker) and was in charge of the kingship of rains. The second version attributes anteriority to a certain Djikouk Sagna who would have been the second village chief before the scission of the village in 1952 into two wards: Ireng and Adeng.

Whatever the case, the local traditions affirm that in order to prove the antiquity of occupation of the present-day village of Djibonker, three sites need to be taken into consideration: sindiin ‘pond’, buhub ‘cemetery’ and ësiin ‘shrine’. It is at oldest known location for these sites that we are currently conducting archaeological excavations.