Before being settled on reservations throughout the 1960s and 70s, the Aché lived in nomadic bands in the Atlantic coastal forests west of the Paraná river. Surveys conducted in the 1980s (Fundación Moisés Bertoni 1987; Keel 1987) note the prevalence of high canopy forest throughout the home range of the Northern Aché, resulting in thinner undergrowth relative to the more dense home ranges of the Ñacunday Aché. (How this affects hunting strategies between Northern and Southern subgroups is uncertain.) In addition to high canopy subtropical deciduous forest, Aché home ranges included upland savannah, palm swamps, and bamboo forests. Recent deforestation by soybean cultivators and ranchers has destroyed much of the original habitat of these areas. 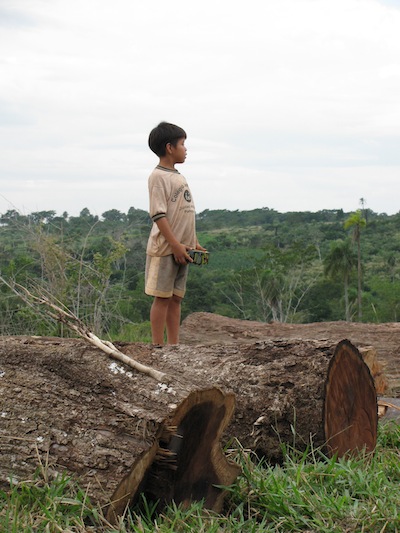