The Semaq Beri inhabit a vast area straddling the states of Pahang (north of the Pahang river and east of the Tembeling River), Terengganu (on the upper reaches of the Terengganu, Dungun, and Kemaman Rivers), and Kelantan (on the upper reaches of the Lebir River). The Batek Deq live to the north of this area on the Aring and Lebir Rivers in Kelantan, and the Batek Teq on the upper Besut River in Terengganu. They have traditionally occupied the river valleys of the lower hills, traveling on foot up into the highlands as they moved about from one major drainage basin to the next. The rivers and shallow streams that dominate the landscape provided the network for navigating through the forests. The lowland tropical rainforests provided them with most of the resources they required.
The climate is typically equatorial, with high temperatures, high humidity and high rainfall throughout the year. The Northeast Monsoon brings continuous rain and flooding from November to January. 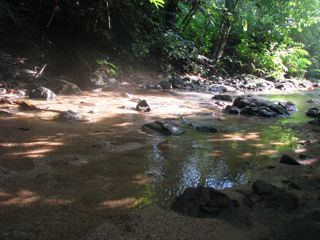 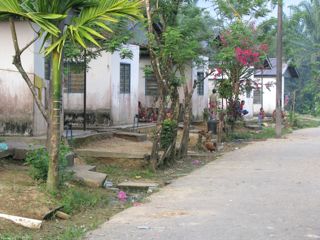 Today the Semaq Beri live predominantly in Government resettlement villages created in the 1960s and 1970s.

The village in western Terengganu is located in an area that was once part of the territory of the Batek Teq. Several mature Durian trees which tower over the more recently planted Oil palms (pictured) are acknowledged as belonging to the former inhabitants. 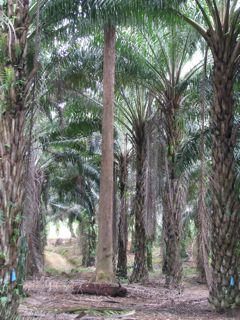