The aim of Project – situated in the Department of Anthropology of the National Museum (MN) of the Federal University of Rio de Janeiro (UFRJ) – is to implement a multimedia and interdisciplinary database or Archive of the Kuikúro language, one of the variants of the Upper Xingú Carib language. The Kuikúro Archive contains a lexicon, transcribed and annotated oral performances of different genres, word and sentences lists, musical and visual materials, grammatical, ethnographical and historical studies, materials written by the indigenous teachers and their students. 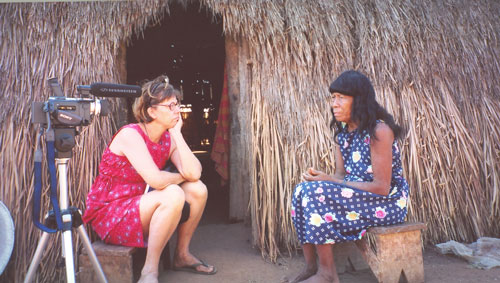 The main researcher with a Kuikúro woman recording a mythical narrative (Bruna Franchetto, 2001)

The Project maintains its link to the Freie Universitat of Berlin (Prof. Hans H. Lieb) and a collaborative work with the Projects on the Trumai and Aweti languages of the Upper Xingú area, as well with the Project on the Bakairi/Sateré/Kaxuyana, the first one being another ‘Xingúan’ language. The results of the co-operation among these four DoBeS Projects are the organization of comparable corpora (lexical domains and texts) in order to elucidate the integration process of the Xingúan people into the Upper Xingú intertribal society.
The ethnographical component of the Project results in an adequate ethnographic treatment of the linguistic documentation as well as in an input of selected materials (video, audio, images) relevant to social and cultural documentation. The ethno-historical component incorporates the main results of the archaeological research done in the Kuikúro area, including, for historical archaeology, the integration of oral historical narratives, in order to offer the current knowledge about the human occupation of the Upper Xingú region during the last 1000 years. 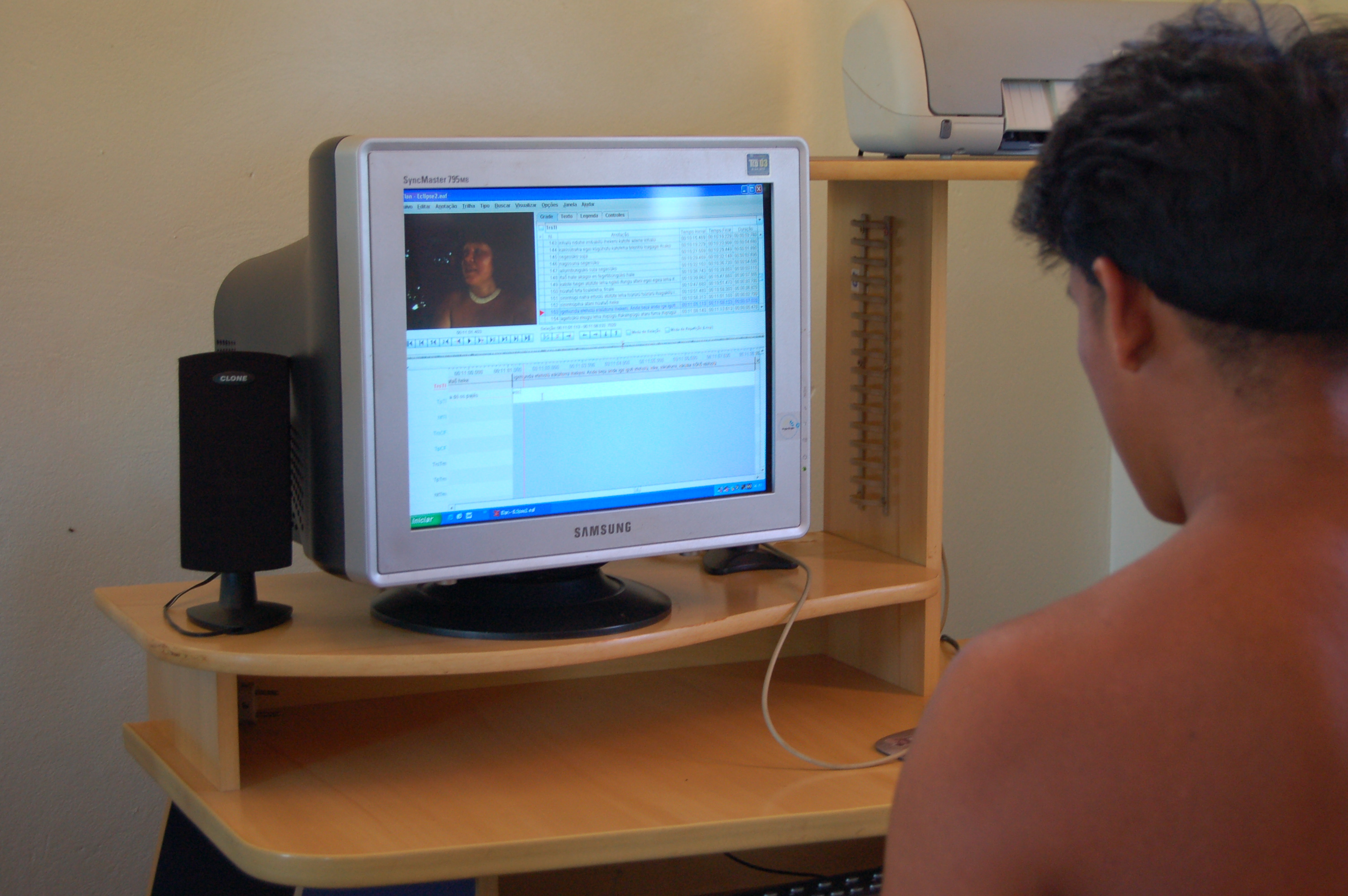 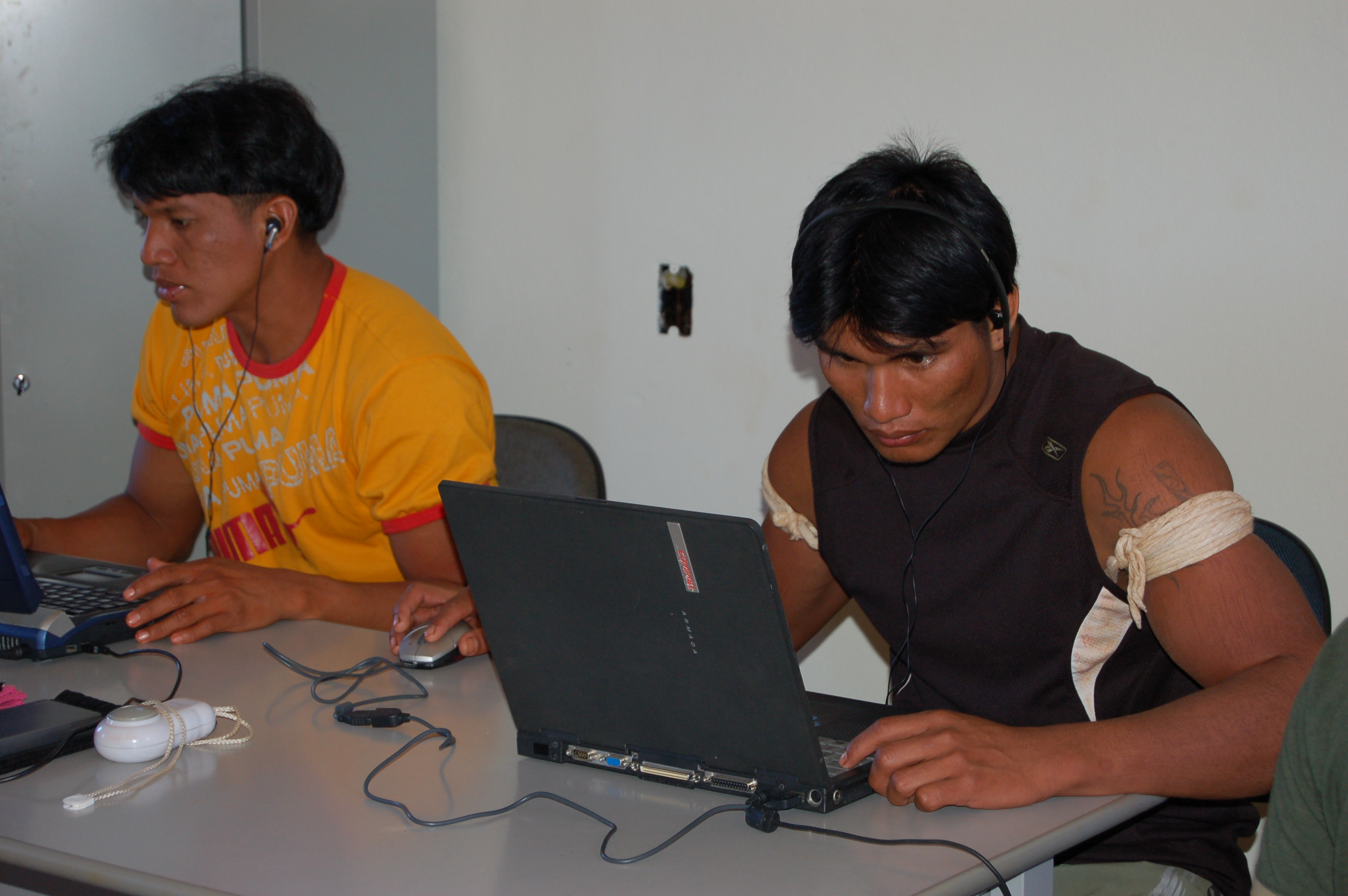 The direct participation of the Indigenous communities is an important stimulus for linguistic and cultural revitalization and preservation. The Kuikúro chiefs have declared their fear that the younger generation will forget the traditions at all and they are now leading their own project of cultural documentation, focusing on the 15 rituals that already exist, with the associated narratives, songs and music. Native research assistants were trained by the Project and they are now recording and processing linguistic and cultural materials, in the field or with the Project team in Rio de Janeiro. The Kuikúro project includes today the “Coletivo Kuikuro de Cinema”, a group of young video-makers, as well as young researchers in linguistics and anthropology working and studying in the village, as well as doing undergraduate and graduate courses. 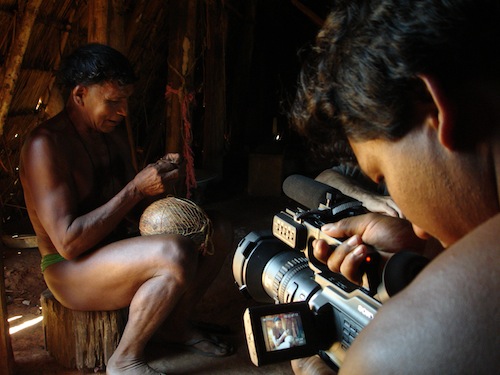 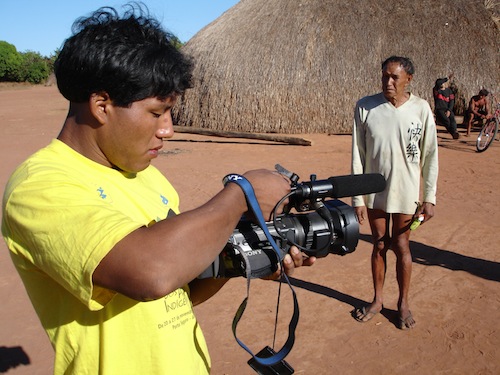 Making videos in the village of Ipatse (Vincent Carelli, 2005)