Hoocąk is the inherited language of the Hoocąk tribe, a North American Indian tribe originally living in an area close to the Lake Michigan in today’s Wisconsin. The tribe has about 6000 enrolled members, but only about two hundred elders of them are fluent speakers of the Hoocąk language. For the great majority of the tribal members, English is the first language. The Hoocąk language is used in public only rarely. However, the language still plays an important role in religious and traditional feasts and ceremonies.

Hoocąk is a language of the Siouan family. At the time of the first European contact, Siouan languages were spoken in a vast area covering most of the Great Plains of North America. The geographical distribution of the Siouan languages ranges from today’s Arkansas and Louisiana in the South to North Dakota and Saskatchewan (Canada) in the North, and from Wisconsin in the East to Montana in the West. Some spots of isolated Siouan languages can be found in Virginia and the Carolinas in the East and in Alberta (Canada) in the Northwestern part of the continent (cf. Goddard 1996 and accompanying language map).

The Hoocąk language is genetically subclassified together with Chiwere (Oto, Missouri, and Iowa – all poorly documented and practically extinct) as a subgroup of the Mississippi-Valley group of Siouan languages (cf. Goddard 1996:8). Although this genetic subgrouping has not been subject to doubt or changes for several decades now and may be considered as fairly well established (cf. Campbell & Mithun 1979, Pinnow 1964), the historical reconstruction of Siouan languages is based on many uncertainties due to the lack of reliable data from many of the 17 Siouan languages.

The name of the Hoocąk people and their language is pronounced [hochunk]. The tribe and the language is often referred to by the name Winnebago. This name is of Algonquian origin (used by the neighboring tribes of the Hoocąk), and became the standard designation of the Hoocąk in the anthropological and linguistic literature. The Wisconsin Hoocąk switched to the traditional name (instead of Winnebago) by way of an official declaration in 1994. The Nebraska group still uses the name Winnebago.

Today, there are two groups of Hoocąk Indians, the ones who live scattered all over in Wisconsin, the others who live in a reservation in Nebraska. The separation of the tribe is the historical outcome of last century’s US American federal politics. In order to provide white settlers with farming land, the Hoocąk Indians were forced to leave Wisconsin for eventually living in a reservation in Nebraska. A numerous group of Hoocąks resisted the deportation into this reservation. They stayed in the woods of Wisconsin as refugees until they were – by way of a legal act – allowed to stay in Wisconsin and to buy land like any other white settler. The separation of the tribe has led to some dialectal differences between Wisconsin-Hoocąk and Nebraska-Hoocąk. 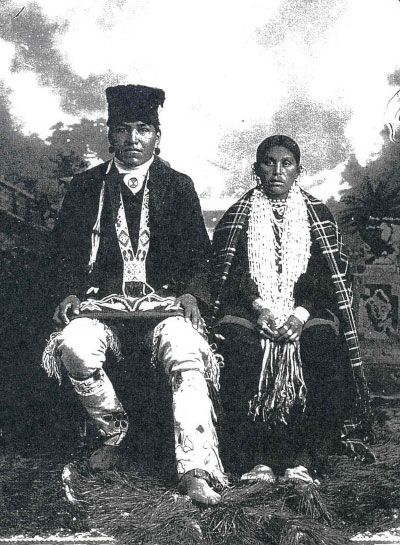 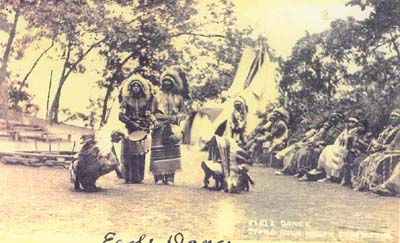 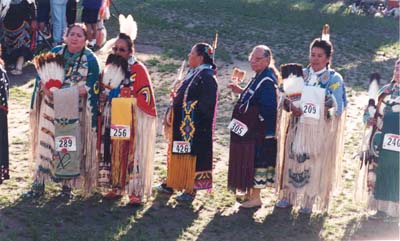