The Mullu Kurumbas live in a few places in the forest areas of the Wayanad district of Kerala. They are well known for their hunting and bird catching traditions though they predominantly practice agriculture in the Vayals of the Wayanad. Today, many of them are pretty well educated and have jobs involving them in the modern economy as well. Compared to the other Kurumba groups, their social system and their political organization are rather complex. They are organized in clans and they have village- as well as clan headmen. Their religious system is also elaborate; however, detailed studies about their ritual life are lacking. 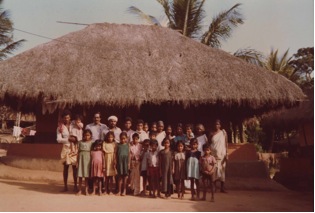 The Cholanaikans are the most ‘primitive’ of all the Kerala tribes and they are also one of the smallest tribal communities (population less than 350 people). They live in the Karulay range and Chungathara ranges of the forests of the Nilambur Valley (Ernad Taluk, Malappuram District). They are also commonly known as the ‘cave men of Kerala’ –and they still live in 18 caves on the banks of the rivers. They are food gatherers, practice fishing and they collect minor forest products. Being one of the rare ‘food gatherer’ communities still existing in India, they received special coverage in news, magazines and special attention from the Tribal Welfare Agencies of the Kerala State Government. Like the Jenu Kurumbas, they sell their forest products to the outside world, mostly to government agents. Just like the Jenu Kurumbas, the nuclear family is the primary economic unit for them. In social terms the Cholanaika are patrilineal and patrilocal. Their religious life is almost unknown though we know that they practice shamanship and worship ancestors spirits as well as a Mountain deity. A thorough documentation on this small conservative group will be a precious contribution to our project.

The Alu Kurumbas (ca. 1000 speakers) and the closely related Palu Kurumbas (ca. 800 speakers) mainly occupy the southern border of the Nilgiri. The Alu Kurumbas are a small dispersed and semi-nomadic community of the Nilgiri rim. Economically, they hunt, gather and still practice shifting cultivation to a certain extent. Most, however work on plantations and as agricultural labourers. The Alu Kurumbas are devided into two exogamous, non-totemic phratries (Nagara and Bellega) and these in turn are further divided into exogamous clans. Politically, they recognize a patrilineal system headman (maniagara) with assistants. They have also an elborate religious and ritual tradition in which priests, diviners and exorcists play a prominant role.

This cultural formation lives in small groups dispersed along northern borders of the Nilgiri massif (about 1300 people) and spreads towards the Wayanad on the western side.
The Jēnu Kurumbas are a tribe of gatherer/hunters and forest traders, but they also work as plantation labourers, and some are employed by forest-and wildlife departments. They live in moral communities of approximately 300 to 400 people, scattered over a wide area in the northern Nilgiri region. Sociality within the community is predominantly based on kinship relations. However, the Jēnu Kurumbas have an extended concept of community that also includes the dead and the ancestors thought to live in the underworld. All these beings stand in close social and moral relations; they should support one another, help one another in times of crisis etc. Moreover, all these beings can also communicate with each other, because the Jēnu Kurumbas practice ‘spirit mediumship’: embodied in media, the dead and the ancestors are able to talk and interact with their relatives, though this is strictly confined to ritual contexts and thus to a controlled form of possession. As Demmer has shown in various publications, they have a very rich oral tradition and in particular the healing- and death rituals provide extremly dense and elaborate contexts of discourse. 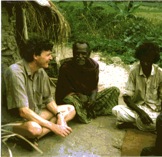