The Mocovi Indians were hunters and gatherers. Their social organization was based on units formed by two or more extended families, whose members were considered to be relatives of each other. These units or bands were exogamous, with bilateral descent and predominantly matrilocal residence. During the spring and summer seasons, allied bands gathered together for different ritual activities. One of the most important was the consumption of fermented beverages, which allowed them to consolidate their leadership and alliances (Braunstein 1983).

The Mocovi of Santa Fe suffered the consequences of Spanish colonization and evangelization early on. In the 17th century, they began to use the horse, which enabled them to control a vast territory. In the 18th century, the Jesuits established several missions on their lands (Paucke 1943). During the 19th and 20th centuries, colonists settled on Mocovi territories, which led to the incorporation of the Mocovi into the regional labor market: the obrajes or timber mills, harvests, and sugar-cane plantations (Cordeu and Siffredi 1971). This process intensified socio-cultural changes and led, in many cases, to a progressive assimilation with the Creole population of the region through marriages and strategies of ethnic concealment. However, intra-ethnic marriages continued to occur among some groups, as well as practices that our consultants recognize as their own and different from Creoles ones. Among these we find: fishing practices with the technique known as fija, the preparation of traditional foods, the elaboration of handicrafts, beliefs related to shamanism, and the Feast of August 30th, linked to “the time of renovation of nature,” and later, to the Catholic celebration of Santa Rosa (Citro 2004).

Since the mid-1980′s, following the restoration of democracy and the passing of the national law on Indigenous Communities, the Mocovi have formed an organization known as OCASTAFE (Organización de Comunidades Aborígenes de Santa Fe) which has led to a process, defined by one leader as “the identification as Indians, to recover the Mocovi identity”. Nowadays, there are seventeen Mocovi settlements in the province of Santa Fe and some groups of families scattered in villages and cities. 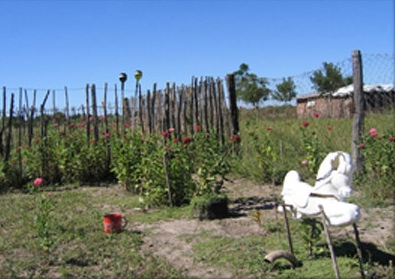 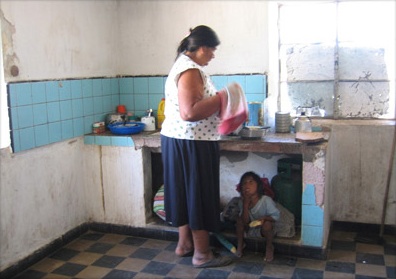 Angela Sistale working in the kitchen with one of her granddaughters. Qom Kayaripi community, CalchaquÌ, province of Santa Fe. 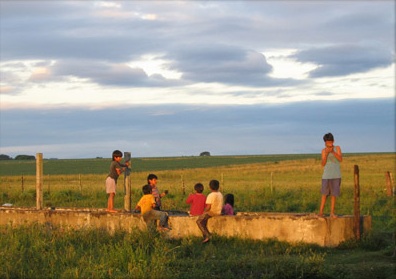 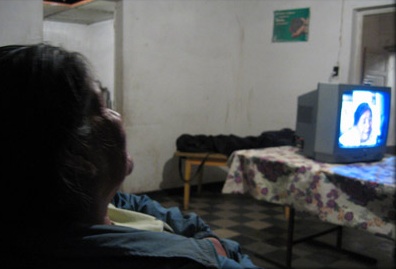 Angela Sistale at home watching a video of herself being interviewed. Qom Kayaripi community, CalchaquÌ, province of Santa Fe. 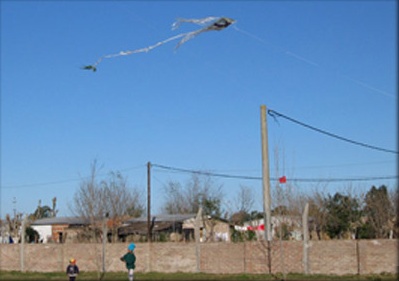