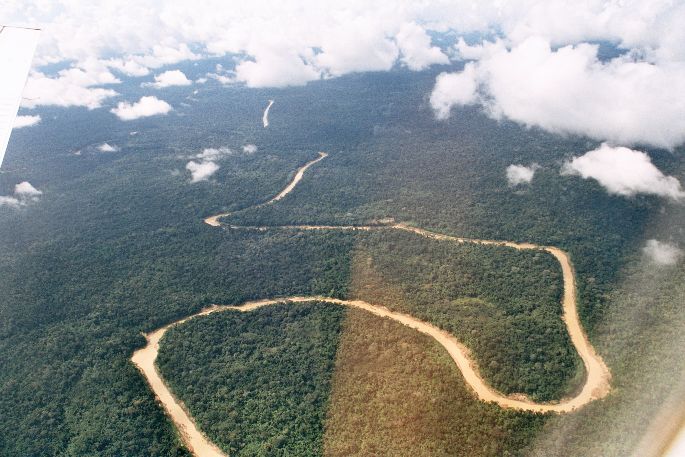 The Cashinahua live at the Brazilian-Peruvian border in Western Amazonia. The area is hilly and covered with tropical forest. During the rainy season, lasting from October to April, the water in the rivers rises up to six metres above the level measured in the dry season. Since the rivers are characterized by heavy meandering they frequently change their course and leave lagoons where they used to flow. Towards the end of the dry season from May to September there are often parts of rivers where navigation becomes difficult due to an extremely low water level. The inhabitants of this region are continuously plagued with insects, including the mosquito transmitting malaria. 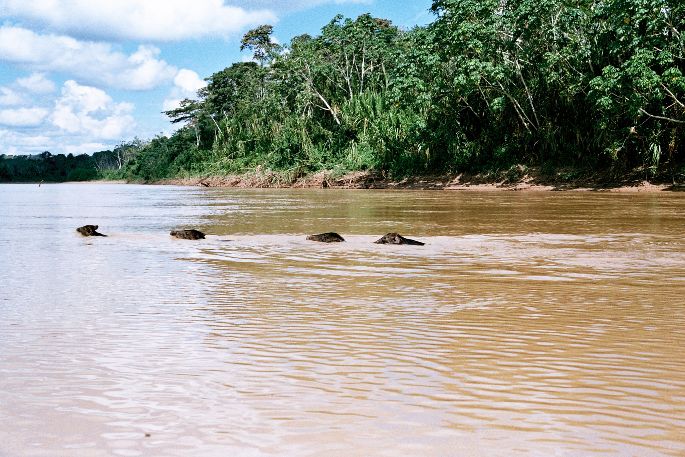 According to Aquino/Iglesias (2002:147), the Cashinahua are the most numerous indigenous population in the Brazilian state of Acre, where they live along the rivers in the Jurua basin (Tarauacá, Jordão, Breu, Muru, Envira, Humaitá) and in the Purus basin (Upper Purus). 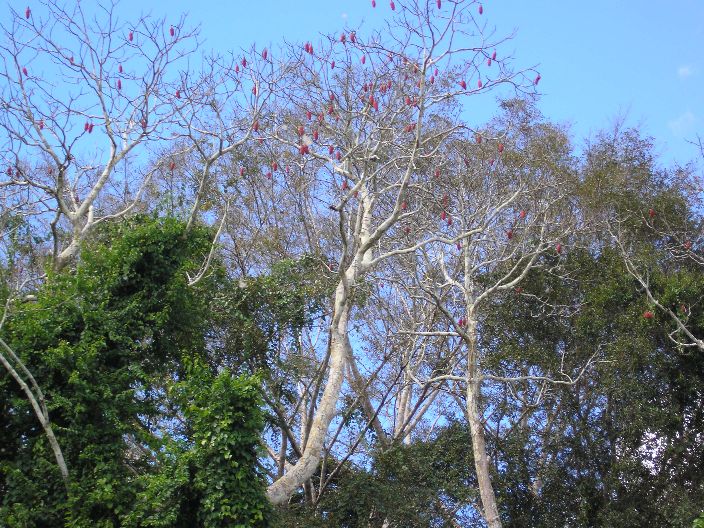 The villages in Peru are situated at the Upper Purus river and its affluent Curanja.

There is much variation in the literature regarding the number of Cashinahua speakers (or as an ethnic group) in both countries.
The numbers for the overall indigenous population of the state of Acre differ considerably, comparing the results obtained by ISA (Instituto Socioambiental, a national NGO), FUNAI and IBGE (Instituto Brasileiro de Geografia e Estatística) (see http://pib.socioambiental.org/pt/c/no-brasil-atual/quantos-sao/diferentes-estimativas).
Aquino/Iglesias (2002) state an overall population of about 4000 Brazilian Cashinahua living in 12 indigenous territories, and in a more recent internal census (April 2006) as many as 5.738 people are registered. According to ISA, the Brazilian Cashinahua share four of the 12 territories with other Panoan (P) and groups of different ethnic/linguistic origin: at the Alto Rio Purus with the Yaminawa (P) and Kulina (Arawá), at the Rio Envira with the Katukina (P) and Shanenawa (P), and with the Ashaninka (Arawak) at the Rio Humaitá and at the Rio Breu. Ten of these territories are legally recognized, one is in 2001 still in process of legal recognition, another one has been purchased by the indians but is not yet completely regularized (both are former rubber estates).

No information could be obtained about the total number of villages in Acre. This may be due to a general tendency for splitting up into smaller units once a village has reached a certain size in order to reduce tension between different factions. According to an internal census from March 2006, the territory of Praia do Carapanã alone consists of 7 (or 8) villages with 18 to 161 inhabitants each.
Since in census data from 1985, cited in McCallum (1989), less than 2200 people were counted, the Brazilian Cashinahua population seems to be increasing. This is further supported by the internal census only for Praia do Carapanã which gives 599 (or 535, without the not-yet recognized “grupo Apuanã”) instead of 246 people (CPI/ Acre 1999, cited in ISA 2004) for this area. Increase in a single area, however, may also be due to migration.

With regard to the number of Cashinahua villages in Peru only approximate numbers can be given, too. Kensinger (1998: map 1, p. 8/9, and table 1, p.108) states 12 or 13 villages but at least one village, San Martin, which was visited by Camargo and Reiter in 2006, is nowhere mentioned in his data. Kensinger (1998: 13) further informs that there has been a considerable demographic increase in the Peruvian group in the last fifty years, whereby a decrease of infant mortality due to better medical assistance is an important factor. In 1994 all the then existent Peruvian Cashinahua communities obtained titles for ample territories (Kensinger 1998:13).