The Semang are sometimes referred to as ‘Negritos’ due to their physical characteristics, and possibly they are descendants of the aboriginal population of Southeast Asia. They are traditionally mobile foragers subsisting on hunting, fishing, gathering, collecting and trading of rainforest products, as well as temporary wage-labour. Occasionally they do slash-and-burn agriculture. A Semang group consists of 15-50 individuals. Temporary camps of lean-tos or huts are inhabited for periods of a few days to several weeks or even months, depending on the sustenance circumstances. Nowadays most Semang are permanently settled in regroupment villages established by the Malaysian government. A few groups of Kensiw, Jahai, and Batek still pursue a fully mobile existence. 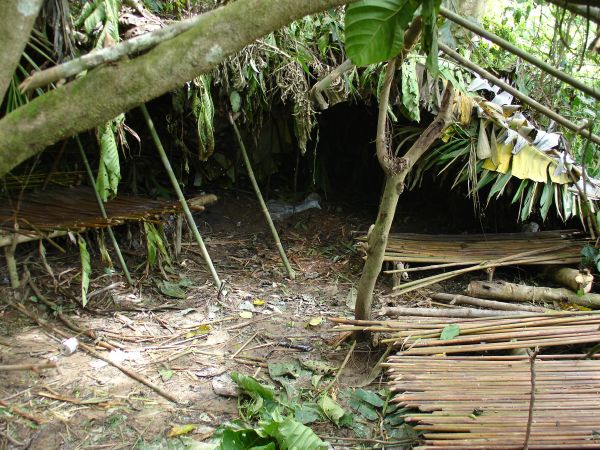