The Sámi are the officially recognized indigenous people of the Murmansk administrative area of the Kola Peninsula in northwestern-most Russia. 1991 people in Russia claim ethnic Sámihood according to the Russian Census from 2002. The Kola Sámi in Russia speak four different languages though. 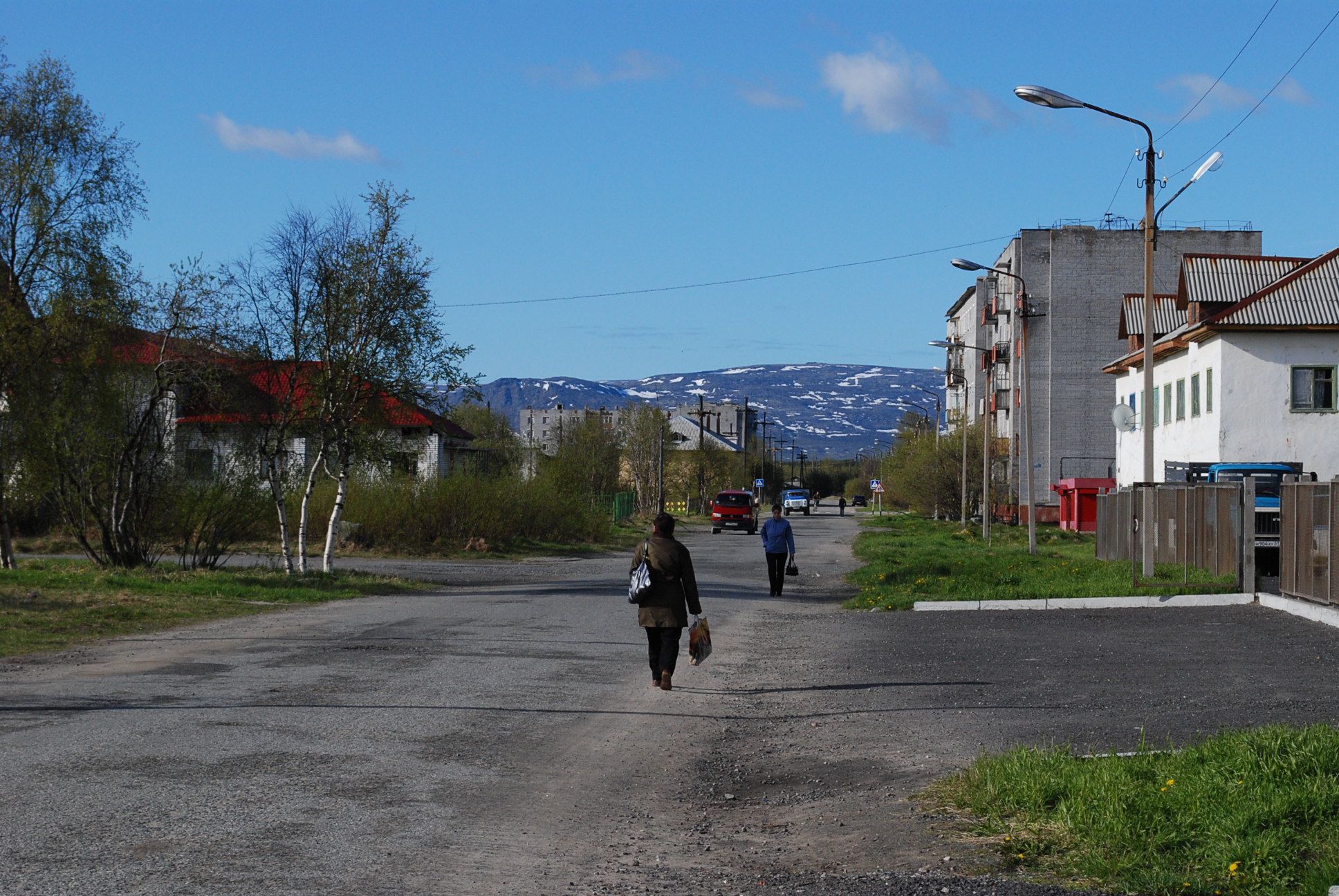 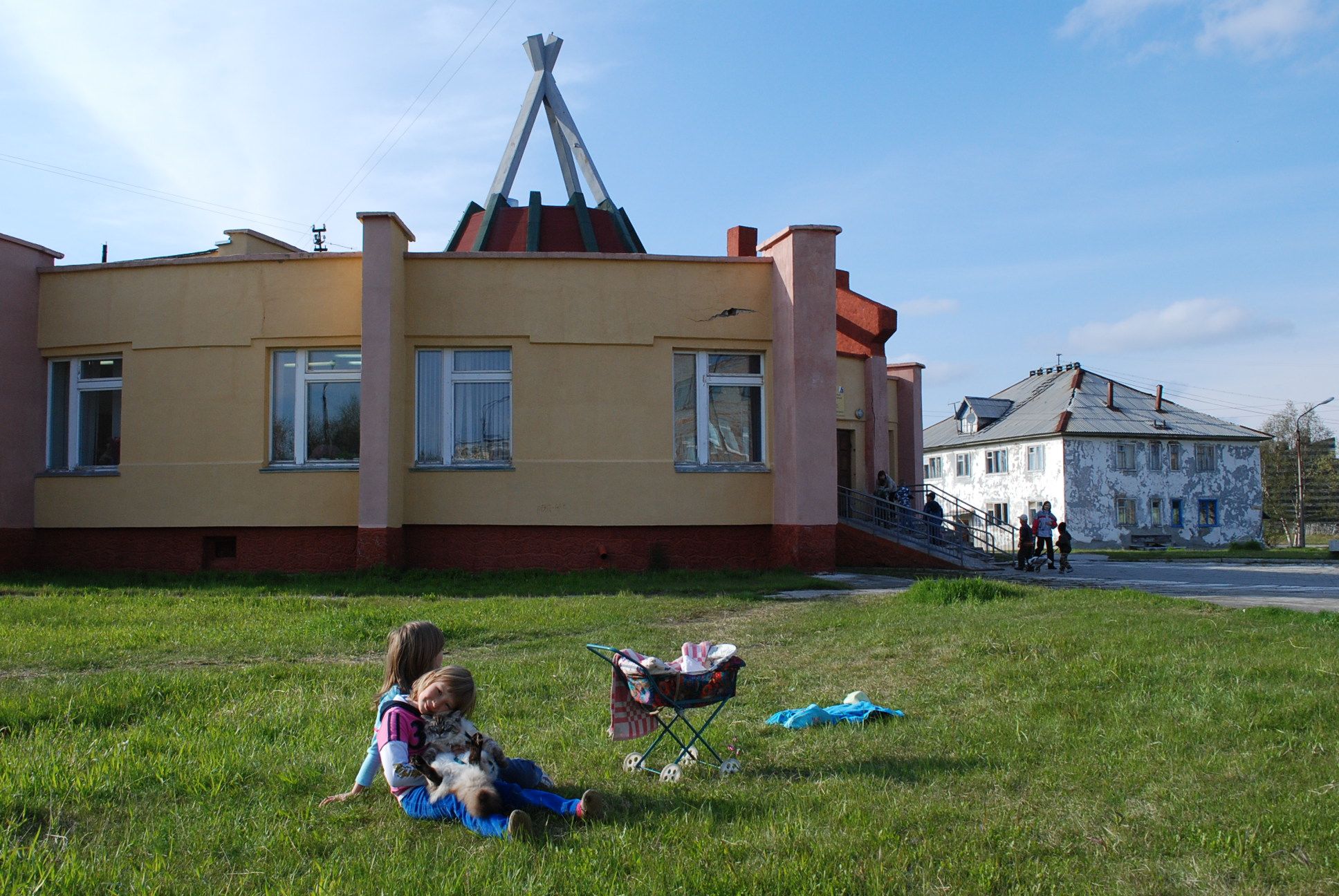 Urban-type village Lovozero, Children playing; in the background the building of the “National Cultural Center” (May 2010, Foto: Michael Rießler)

Originally, Kola Sámi lived in several siidas all over the Kola Peninsula. Today, more or less compact Sámi settlements in or close to their original villages are found only in a few places. Most Sámi live scattered around in Murmansk and other towns. As a result of forced relocation of considerable parts of the Kola Sámi population to Lovozero, this urban-type settlement is nowadays usually regarded as the “Sámi capital” of Russia. Lovozero (Kildin Lujavv’r (Луяввьр) has in fact the by far densest Sámi population in Russia. Ethnic Sámi count nevertheless less than only one third of the village’s approximately 3000 inhabitants, and the amount of Sámi speakers among those is considerably lower.

The traditional economy of Kola Sámi was based on a combination of semi-nomadic reindeer herding, hunting and fishing. Major cultural changes are connected with the integration of the Kola Sámi into the Russian Empire, their adaptation to Russian culture, and their conversion to orthodox Christianity, which began as early as the 15th century. Nevertheless, despite the longstanding assimilation pressure, the siidas as the territorial communities of the Sámi were able to preserve their social, economic and cultural identity until the end of the 19th century. 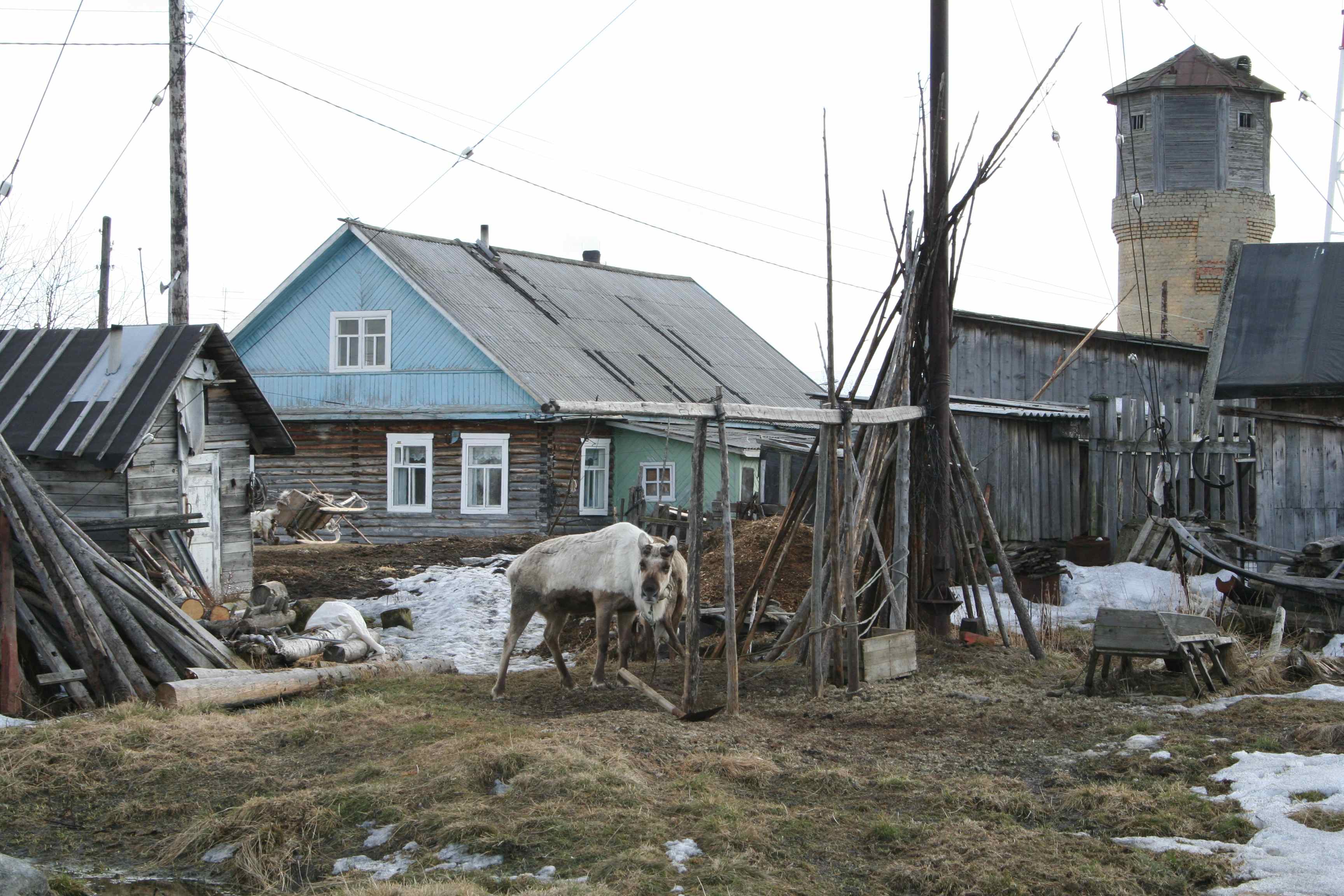 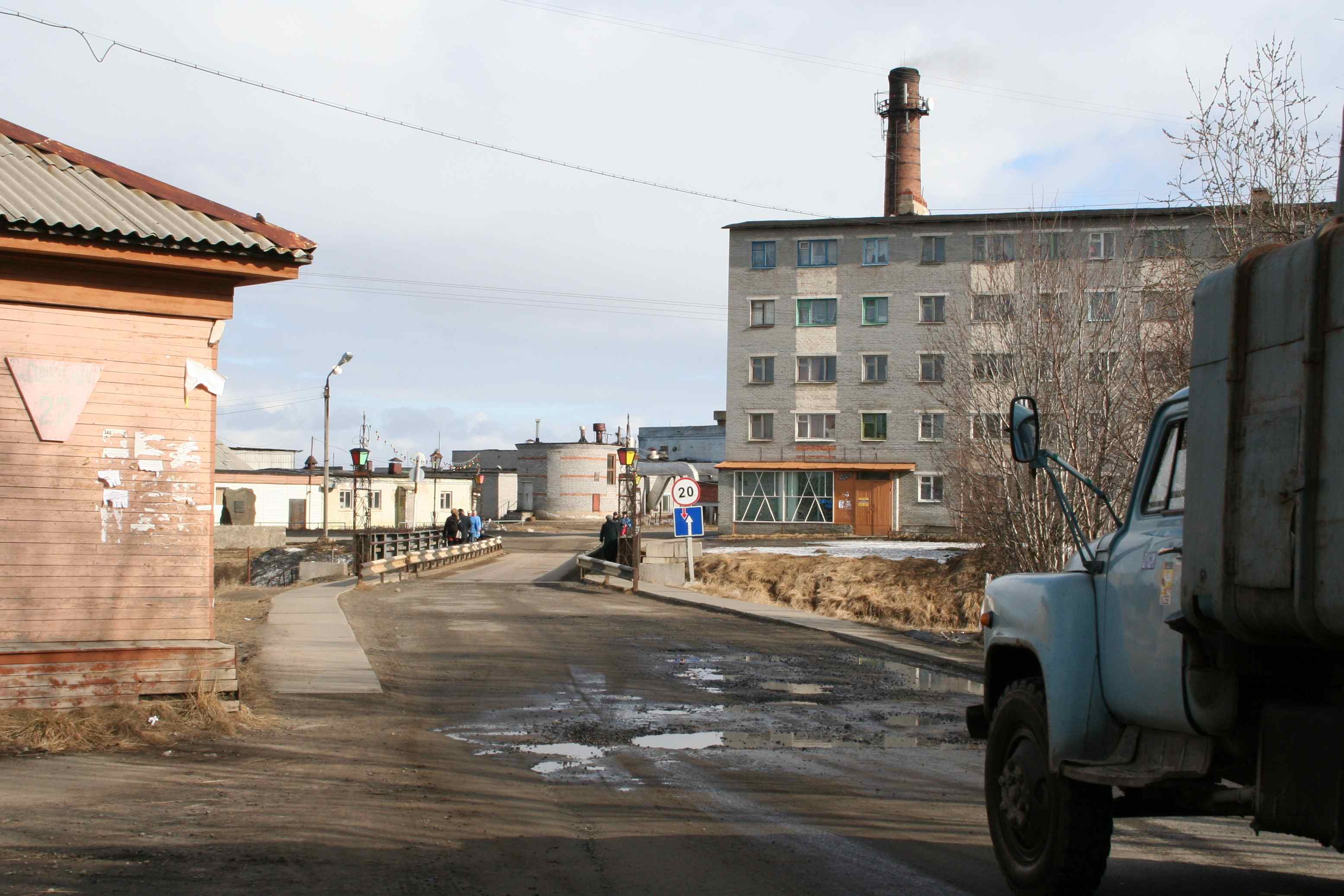 By the beginning of the 20th century, however, the Kola Sámi culture was on the verge of destruction. The tapping of mineral resources and the military armament of the region were connected with an immense influx of manpower from Russia and other republics of the Soviet Union. The dissolution of the traditional Sámi communities—as the result of forced integration of Sámi reindeer breeders into large new agricultural co-operatives—and the resettlement of Sámi for socio-political, economic and military reasons led to a dispersion of the original speech communities. The former compact Sámi settlements and coherent local speech communities were replaced by mixed communities of Sámi speaking different Kola Sámi languages and dialects, together with non-Sámi (above all Komi-Izhva and Russians). As a result, within a few decades, the indigenous Sámi people became a tiny, scattered minority without any great influence on political decision about their culture and homeland.