The Mocovi, together with other indigenous groups such as the Toba, Wichi, and Vilela, inhabit the southern part of the Chaco region of Argentina, in the provinces of Chaco and Santa Fe.

At present, in the province of Santa Fe approximately seventeen Mocovi urban and periurban communities have settled in the subtropical plains between the Salado and Paraná rivers. The area of the Paraná River, together with the streams and creeks that surround it, are known to the Mocovi by the name “the island.” In the past this area constituted the habitat where the Mocovi fished for sábalo (Alosa sapidassima) and moncholo (Pimelodus albicans and other Pimelodus), among other fish, and hunted for carpincho (Hydrochoerus hydrochoeris), nutria (Myocastor coypus), yacaré (Caiman latirostris and Caiman yacare). In the northern area there are still forests known as “monte” (bush) by the Mocovi, in which species such as quebracho (Schinopsis balansae) and algarrobo (Prosopis alba or nigra) predominate. However, during the last centuries the environment has deteriorated due to agriculture, livestock breeding, and lumbering. 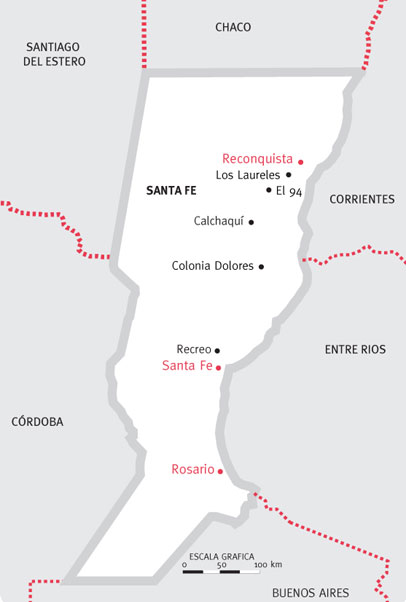